A junior AFL competition in Victoria has been slammed for capping score margins.

The Riddell District Football League has been accused of wrapping junior players in cotton wool, after capping score margins in all under-12 to under-16 grades, with scores of goalkickers and best players also not recorded on the league’s website for posterity, according to the Sunbury Leader.

The capping first came into effect on June 18 after a vote by club presidents.

Herald Sun’s Rita Panahi has described the score capping as “foolish and counter-productive”, despite being a “well-intentioned” rule.

“Sport teaches children all sorts of lessons and they’ve been denied the opportunity to build some resilience and coping skills when things don’t go their way,” she told Sunrise. “Kids these days get a ribbon for just showing up. They’ve got participation medals for everybody. At some point they need to learn they’re not the best at everything, that sometimes others are better and that’s okay, and winning is not everything.” In an interview on Channel 7’s Sunrise, Triple M’s Luke Bona said that although it was possible that its intention was to make sure kids kept playing after being beaten by large margins, he agreed with Ms Panahi.

“We’re living in an age where kids win trophies and medals for just participating and in the real world you get beaten,” he said. “In the real world when you leave school and don’t perform life doesn’t offer you a trophy.”

Mr Bona suggested teams who are winning by large margins get “re-arranged” or put into a different competition.

Sunrise co-host and Port Adelaide president David Koch said while the rule shouldn’t apply for teenagers it should be maintained for kids. “Some clubs and teams are struggling to get numbers,” he said. “We want kids to love sport, we want them to be involved in team sports and by helping out a little bit in ways such as this, I think it’s important.” 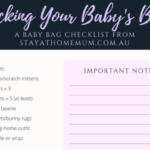 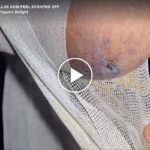 How to Survive Christmas with the In-Laws
Asked 6 hours ago
What are you getting your 16/17 year old sons for Xmas?
Asked 10 hours ago
Does anyone else have family that don’t want to help them?
Answered 11 hours ago
Sons wee
Answered 15 hours ago