There was a time when Aussie kids came home to a tall plastic cup of Cottee’s cordial and relish the syrupy sweetness of that 25% fruit beverage.

Well, not any more.

Australian shoppers are dropping Cottee’s from their trolleys faster than ever before, with Nielsen Homescan noting that cordial sales in Australia have basically collapsed. Fewer households are choosing to indulge in the beverage, with young shoppers at the head of the pack.

In the 12 months leading up to October of 2015, cordial sales in Australia dropped 5.8% in value and 11.2% in volume, with sales decreasing at a considerably higher rate than the year before when the decline was 4.1% value and 1.6% volume.

It’s a sad story that once you could open almost any pantry in Australia and find the iconic brand, but now it’s down to 53.7 per cent of households, compared to 56.1% in 2014 and 58.7% in 2013. The entire category of cordial sales is down to just $164 million with those under 35 much less likely to purchase the product. Cottee’s has been a part of Australia’s beverage culture for around 80 years now, and is one of the iconic brands that pretty much everyone has encountered. The company flew into fame with their Passiona beverage, and cemented themselves there with their cordials. Their memorable advertising ditty “My Dad picks the fruit” has essentially been drilled into the minds of generations of Australians, despite the fact that the product isn’t as popular as it once was. Still they have worked to keep up with demand, offering a range of no added sugar cordials alongside their classic range.

However, not everyone is saddened by the death of one of Australia’s great sugary beverages. Nutritionist and dietitian Dr Joanna McMillan said the news of Cottee’s demise was “music to my ears” noting that:

“People don’t realise just how much sugar they’re adding even with just a splash of cordial,” she said. “Because it’s so concentrated, even a small amount is the same as a sugar-sweetened soft drink.”

Dr McMillian said that the place cordial has held as part of Australia’s culture has meant that it’s been someone out of mind in the recent push towards sugar-conscious lifestyles, but that was clearly starting to change.

“We’ve got people who are now adults and parents themselves who had cordial when they were kids,” she said. “If under 35s are stopping, that does show the message around sugar-sweetened drinks is getting through.”

Emily Cox, a research analyst, spoke to news.com.au about the winners and losers in the move away from sugar, noting that while ready-to-drink tea and bottled water were the big winners, cordial had come out on the bottom.

“Liquid concentrate “” cordial “” has been one of the hardest hit due to the perception that it is a sugar-laden product with a lack of functional benefits,” Ms Cox said.

While there is no concrete evidence that the big supermarkets are providing less shelf space for cordial products as their popularity drops, they have noted that the taste for cordials have changed from kid-focused, to adult-focused.

“Woolworths provides a variety of cordial products for our customers to pick up at their local supermarket and we are seeing an increase in popularity of premium cordial brands which are mainly used as mixers.” said a Woolworths spokesperson.

Despite the doom and gloom reported in the numbers, the folks at Cottee’s have hit out at claims that the company is collapsing. A spokeswoman for the company said that the brand had been an iconic part of Australia since 1927 and wasn’t going anywhere. She noted that the cordial was still being made in Melbourne, and the company had no intention of stepping down from its place as Australia’s number one cordial, particularly as the brand makes up “almost six out of every 10 glasses of mainstream cordial enjoyed by Australians”.

However, she said that Cottee’s was aware that times were changing and that consumers were starting to select healthier beverages, and that the company had adapted to fit that.

“Cottee’s cordial recognises the trend for consumers to select healthier foods and beverages. Cottee’s provides a range of choices for consumers with classic fruit and flavoured, no added sugar, and sugar free varieties.”

“Cottee’s cordial provides consumers with the option to customise their beverages, enjoying a little bit of sweetness and flavour, made to their own personal liking. Cottee’s intends to be a part of family celebrations for Australians for many years to come.”

It doesn’t take a genius to figure out that cordial is likely to be one of the next losses in the war against sugar, with more Australians, and particularly parents, seeking out healthy lifestyles that contain less sugar and less processed sugars.

In the last few years alone, foods like quinoa, coconut water, superfood mueslis, kale and other health foods have gone from occupying the health food aisle only to being present all over the store. Consumers are clearly looking for foods that are healthier, or at least appear to be healthier, instead of the unhealthy classics.

So what does this mean for some of Australia’s other junk classics? Will the chiko roll, the meat pie and the white bread sanger sandwich soon be replaced by organic, tofu-based, sprouted seed products guaranteed to increase immunity and digestive health instead of saturating the tastebuds with a mix of oil and tomato sauce?

Only time will tell… 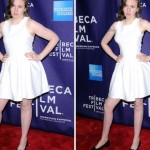 This Is Fat-Shaming At Its… 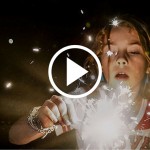 A Mum Shows The World…