Health authorities are concerned after a man carrying measles from Tokyo landed in Perth, putting hundreds at risk of catching the deadly virus.

PerthNow reported that the man arrived in Perth Airport at 5.15am on October 21 via Singapore Airlines flight SQ 225. The man first landed in Singapore from Tokyo via flight SQ 633 at 11pm the day before.

He then visited five other locations over the next three days where health authorities warn people could also have been infected. After arriving, the man then went to Mead Medical Centre in Forrestfield on the same day he arrived, October 21, between 11am and 12pm, and at St John of God Pathology collection centre, also in Forrestfield, between 11.20am and 12.30pm.

On Monday, October 24, the man visited the Jetts 24 Hour Fitness in Forrestfield between 11.30am and 12.40pm, Dome cafe in Kalamunda between 2pm to 4pm and the Pathwest Collection Centre at Kalamunda Hospital between 4.30pm and 5pm.

WA Health Medical Epidemiologist Gary Dowse said that anyone near the man on the flights or at any of the other locations he had been to at the same time could be infected.

He said health authorities were contacting people who could have been exposed directly but it was impossible to warn those in public places. “Measles is contagious for about four days before and after the development of the rash. Children and adults who have been unwittingly exposed are at risk of developing measles if they are not immune,” Dr Dowe told PerthNow. The infection usually begins with common cold symptoms such as fever, sore throat, red eyes and a cough.

A measles rash usually appears three to seven days after the first symptoms, and generally starts on the face and then spreads to the rest of the body.

Measles has an incubation period of up to 18 days, and people remain infectious for many days.

It is potentially deadly to the elderly and infants.

Measles was wiped out from Australia 20 years ago but occasional cases still come when patients are infected in other countries and arrive in Australia. 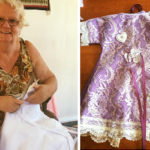 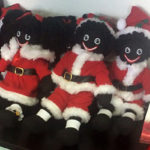