A Danish man has been charged with sexual assault following the gruesome discovery of more than 20 women’s genitalia in his freezer.

Peter Frederiksen will appear in court after police made the grisly discovery when the man’s wife came forward as a victim.

The woman, who is from the African kingdom of Lesotho, told police her husband had drugged her and cut off her genitalia.

Police spokesman Hangwani Mulaudzi told Danish newspaper BT when they raided the house they found 21 genitals from 21 women at his home in South Africa.

Police have confirmed the body parts were found wrapped in plastic freezer bags and labelled.

“The man’s wife is one of the women. We are now investigating who the other 20 are.”

Police who also found surgical equipment, anaesthetic and a large photographic collection at the house, are investigating whether the body parts were taken from the women while they were dead or alive.

It is alleged he kept a record of every body part, who it belonged to and when it was removed, dating to 2010.

Frederiksen has believed to previously boast to Danish journalists about performing genital mutilation on his wife and her friend during a radio interview.

He said he was taught by notorious Danish penis-enlargement doctor Jorn Ege known as Dr Penis.

Police spokesperson Masilela Langa said Frederiksen, who owns a gun shop in Bloemfontein, fled to South Africa from Denmark after he was charged with illegal possession of weapons in 2006.

“It is now important that we get from the man’s victims. At this stage we do not know how many women there are, as there are many, many photos,” Langa told Netwerk24. 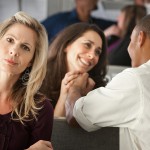