There’s a battle raging between Australian feminist groups and Australian men’s activist groups and the only losers in this fight are the silent majority and a little thing called freedom of speech.

The cause of the battle is the Australian premiere of The Red Pill, a documentary by self-professed feminist and film-maker Cassie Jaye. The film chronicles Ms Jaye’s journey exploring an alternate perspective on gender equality, power and privilege.

Men’s Rights Melbourne were set to screen the documentary, which was released in the US late last year, at Palace Cinema’s Kino cinema on November 6.

But Susie Smith filed a change.org petition calling for the “misogynistic propaganda film” to be cancelled. After 2,369 people signed, Kino’s management backflipped and sent a letter to Men’s Rights Melbourne spokesman David Williams confirming their cancellation of the event.

The letter said: “Much of the feedback that we have received assumes that the choice of film was our curatorial decision rather than that of the cinema hirer, which is potentially damaging to our credibility as we are yet to see the film so cannot stand by its contents in the face of the criticism we are receiving.”

A petition was then started up by Simon Merick in response to Ms Smith’s, called Stop Extremists Censoring What Australians Are Allowed To See. Save The Red Pill screening. At the time of publication, this had well eclipsed its opponent with 7,734 signatories.

Mr Williams called 42 other potential venues in the city, which were either already booked out or decided to also shy away from the controversy, and has managed to secure a 150-seat venue to hold the premiere as planned. He has decided not to disclose the name of the venue to protect the safety of those who choose to attend the event.

Stay at Home Mum reached out to the film’s director, Ms. Jaye, to comment on the debacle, but she has not yet responded. But her Twitter feed and videos posted on You Tube, highlight how frustrated she has been at the number of hurdles that have been thrown up since she decided to create the documentary.

In a response to an article written by Guardian Australia, Ms Jaye wrote on Twitter: “I didn’t ask for my film’s Australia Premiere to be cancelled and I didn’t ask for you to write an article about it. Of course, you’re able to share your opinions in your journalistic endeavours and I support you in that, and I should be allowed to share my cinematic work, but apparently I’m not? That’s the story. Censorship plain and simple. Some people can speak and some people can’t.”

Ms Jaye told Guardian Australia she was “very disappointed that a petition filled with lies” raised the response it did, and that Kino cinema had “decided to cave to these bullies’ demands … rather than stand up for what’s right”.

In a video posted on You Tube late last year, Ms Jaye defended the film, saying she had wanted to portray a balanced view on men’s rights and had found it extremely difficult to finance the film independently.

She was denied funds from filming grants and the organisations that had offered to help, wanted to influence the message of the film. This was something Ms. Jaye would not negotiate on.

She has been transparent about her deliberate choice to crowd fund the project. She secured more than US$211,000 and the people from both sides of the debate and the large majority of middle of the road supporters had NO creative control over the film, so influence of the film’s message is a moot point.

“The first two weeks (of the Kickstarter campaign) validated my worries as when some of my feminist friends posted The Red Pill link, they immediately received disgusting comments about Men’s Rights Activists (MRAs) and on the flipside, MRAs and anti-feminists watched the Kickstarter video and were appalled that I gave feminists a positive light in contrast to the MRAs speaking in the video. Then there were those who saw the video and understood I was giving everyone a passive voice to speak the view that they have, I thank those people,” she said.

Ms. Jaye said there had been “many attempts” to discredit the movie and herself through social media, where “falsehoods spread like wildfire” as people fail to check the validity of the claims they pass on.

Ultimately, Ms. Jaye is campaigning for freedom of speech and the ability to show a film that represents open dialogue without censorship, by presenting the views of both MRAs and feminists.

Why don’t we wait until we actually get to see it before we pass judgement on The Red Pill? 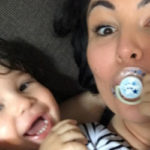 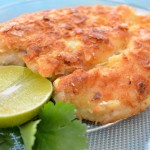