A mother has warned others to taste test their kids’ medicines after her three-year-old daughter felt a burning sensation in her throat after a dose of Nurofen for Children.

Alicia Holder, from Queensland, has always given her daughter, Riley a dose of Nurofen for Children when she needed it, but last week, when she gave her the medicine, Riley cried and grabbed at her throat, so she, her husband and her brother thought of trying it for themselves. She said that all of them “suffered a spicy burning feeling” at the backs of their throats.

She told Kidspot: “It actually briefly took my husband’s breath away. It was like he’d bitten into a chilli. He even started coughing.”

Ms Holder then took to Facebook to share her experience. She explained that she purchased a new bottle of the strawberry-flavoured Nurofen for Children for 5-12 year olds on Wednesday. “Bought this bottle brand new and gave Riley a dose. She instantly cried and grabbed at her throat,” she wrote. Ms Holder told Kidspot her daughter has previously taken the same medicine flavour and age group without any problems.

“I am not stating that the product is faulty. I am asking parents to taste test their product and make an informed decision as to whether or not they want to give to their child,” she said.

She said she contacted the manufacturer on Thursday who asked her to return the bottle which had a batch number, 609765, and an expiry date of April 2018 – for testing. She is now waiting for the return postage to be sent to her.

Now, Ms Holder says she will temporarily stop using Nurofen for her two children, aged 3 and 1, until she gets feedback.

“I’ve never thought to taste it before maybe a bit silly of me but it was quite a shock to experience that from a child’s medicine,” she says. “It it is still concerning even if it is just a normal taste or effect.”

Her post has now gone viral with over 56,000 shares and more than 15,000 comments from people on social media who also shared the same experience with the Nurofen for Children. However, there are also others who said the taste was normal.

Pharmacist Dora Antonas told Kidspot she has never had a parent complain about the taste of children’s Nurofen, but she did say the strawberry flavour is a bit tangy, and the orange flavour is sweeter.

She also confirmed that pharmacists regularly recommend Nurofen for Children targeting older children and for younger children, as it’s the same dosage but just more concentrated and less liquid.

She also reminded parents to store Nurofen in a place under 25C, and to always check the expiry date as both can affect the taste.

Nurofen for Children has told Kidspot in a statement that it is already aware of Ms Holder’s situation and is investigating. “We are always concerned to hear of a consumer experience that is not as we would expect from our products. We take the health of our consumers very seriously and we are looking into the case as an utmost priority,” the statement reads. 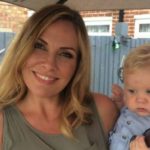