People pretending to be single parents may face jail time as part of a government crackdown into welfare cheats.

Starting September next year, parents who have separated will have to find a third party to confirm their reports that their relationship is over, and witnesses caught making a false declaration could be jailed for up to a year.

This comes after thousands of parents have been caught pretending to be single for higher welfare payments.

News Corp reported that the Department of Human Services estimates that up to 15,000 people in romantic relationships were incorrectly receiving single-parent payments.

At present, Centrelink recognises marriages, same-sex and de facto relationships and customers with multiple partners. However, it will only pay the single-parent payment where there has been a “physical as well as an emotional separation”.

Single parents are entitled to a base payment of $264.50 a fortnight, which is significantly higher than parents in recognised relationships.

The difference in payments adds up to about $6800 or more annually.

News Corp added that the government estimates that 7400 parents receiving single-parent benefits will see their benefit reduced, and a further 7400 more will have their payments axed under the new crackdown.

One woman was already put behind bars and serving two years in prison for falsely claiming around $90,000 in single-parent payments. 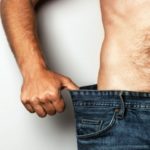 This Is What Happens When… 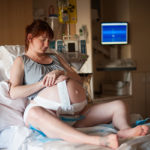 What to Expect When Being…