A nine-year-old girl is the youngest survivor to tell her horrifying experience when the bomb went off during Monday’s explosion in Manchester.

Nevie Hemblys was inside the arena with her sister, Nell, 10, and her mother Heidi, 43, when a loud blast left them running for their lives.

Nevie recounted how they narrowly escaped death in Monday night’s blast in Manchester. “I was really scared and I was just shaking the whole way back. It was my second concert,” she said.

Yet, when asked if she would ever be able to go to a concert again, she courageously said: “I’ll be alright to go to another as long as my mum is there.”

The girls and their mother were taken to a nearby Holiday Inn which had been set aside for children and adults caught up in the attack. Nell also detailed her experience during the bombing. “[At the time of the attack] I felt worried because I didn’t really know what it was, I was just panicking and just following everybody else,” she said.

Mrs Hemblys told MailOnline how they had travelled from Halifax for Ariana Grande’s concert and had a ‘great evening’ before the terrorist struck.

“We heard a huge bang and everybody just panicked. Everyone was screaming and we just ran. I tried to keep the girls calm and luckily we made it out OK,” she said. She said that she only realised the gravity of the situation once they were in the hotel room trying to process what happened.

“It’s impossible to get your head round it as an adult, let alone know what to tell your children,” she said. “It’s really hard to find the words. Both of my girls will be traumatised, I’m sure. Last night they were in absolute hysterics. They couldn’t sleep and had nightmares. It’s really hard as a mum to know what to say to make them feel safe again.”

Around 50 mainly unaccompanied children were taken to a nearby Holiday Inn where they were cared for by specialist officers.

At least 22 people were killed in Monday night’s attack at the MEN Arena in Manchester. 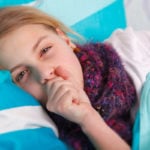 Parents Outraged For Not Being… 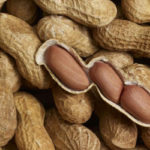 Does anyone else have family that don’t want to help them?
Answered 1 hour ago
Is circumcision rare?
Answered 8 hours ago
What is Covid making you Boycott?
Answered 12 hours ago
Traditional Date and Walnut Roll
Answered 13 hours ago