A couple have urged for the creation of a law that ensures doctors to take parents’ concerns regarding the condition of their child seriously after their son died of misdiagnosis.

Naomi and Grant Day have made the pledge after their six-month-old boy, Kyran died in October 2013 because of a lack of oxygen flow to the brain, due to an obstructed bowel.

The couple called an ambulance to take Kyran to hospital on October 19, 2013 but were forced to wait up to four hours as paramedics were unavailable. When Kyran was finally taken to Shoalhaven hospital, south of Sydney, doctors initially diagnosed him with gastroenteritis — an infection causing vomiting, diarrhoea and loss of appetite.

However, his parents’ intuition told them there was something far more serious going on. Yet, doctors ignored their pleas for further testing. Mrs Day said that they were left to be by their son’s bedside, powerless to help. She said that they could only watch on over the next 30 hours as Kyran’s condition deteriorated. It was only then that doctors finally realised that Kyran was suffering from an obstructed bowel before rushing him to Sydney Children’s Hospital.

“He died from the mismanagement and the mistreatment, the treatment that didn’t happen…The deterioration from the night before was horrific. I told my Mum… he’s severely dehydrated, he’s pale, they’re not doing anything,” Mr Day said. Now, the couple told Seven News that they’ve pledged to introduce a law, they wanted to call Kyran’s Law, to ensure that a parent’s intuition for their child are seriously considered by medical professionals to make sure it doesn’t happen again. A similar law was introduced in Queensland in 2013, called Ryan’s rule.

The doctor involved in Kyran’s case told Seven News that he offered the Day family his ‘sympathies’ and was awaiting the coroner’s report. 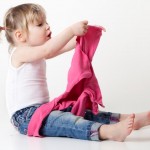 5 Ways to Teach Your… 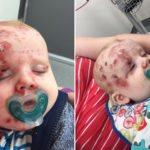 Mum Of Son With Chickenpox…