A grieving NSW mum has had a little bit of justice today after being awarded almost $1.8 million by the Supreme Court over the death of her newborn son.

The amount was paid in damages after the court ruled the delivery was botched by the hospital. The court heard that during her pregnancy in 2010, Sharon McManus, now 37, was treated at hospital daily for three weeks after a severe case of gastroenteritis. On the 14th of May a doctor and midwife argued over whether Ms McManus should be released from hospital, but she was allowed to return home. The next day she came back to the hospital, and was scheduled for a c-section.

Ms McManus noted that doctors began to act urgently around her, and she was taken into the operating theatre. When she woke up, allegedly in severe pain, she was informed that her son, Cooper, had not made it.

As a result of Cooper’s death at the Wagga Wagga Hospital, Ms McManus suffered through depression, PTSD and alcohol dependency. Her husband Shaun testified to the court that his wife’s confidence and caring personality was “eradicated” by the tragedy.

In the time since the event, Ms McManus has been admitted to hospital several times for psychiatric care, abused alcohol, been unable to work, suffered from poor memory, insomnia, flashbacks and a “perpetual feeling of fear and horror”.

In his judgement on the case, Justice Harrison said he felt that Ms McManus’ life had been directly impacted by the event, and was not likely to improve due to its severity. “Her post-traumatic stress disorder and depressed and anxious state render her disabled on an ongoing and unrelenting basis from enjoying or participating in a wide range of fundamental activities of daily life,” he said.

“This situation is likely in my view to continue for the whole of Ms McManus’ life, with little real or tangible prospect of improvement.”

Justice Harrison ruled that Cooper’s death could have been prevented if the caesarean section was performed sooner, and found that staff at the hospital did not properly monitor Ms McManus while in labour, during her antenatal period, or during delivery. The network was ordered to pay Ms McManus a sum of $1,785,498 as well as cover her legal costs. 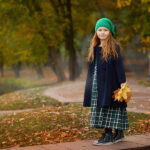 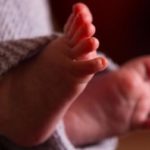