Parents of children who have contracted whooping cough were outraged for not being warned about an outbreak of the highly infectious disease in a Cairns suburb.

Three people have been confirmed with whooping cough at Gordonvale, including two students of Gordonvale State School, who became infected several weeks ago, and are now recovering at home.

However, the school only told its community about one of the cases in its latest newsletter yesterday.

The two students were vaccinated against the airborne bacterial disease during their early ages.

“My daughter had gone to school for two days and then she was too sick so I didn’t want to send her back.

“Once there was a positive reading, I rang (the school) so they could notify other parents and teachers and whatnot.

“They told me they don’t notify anyone until they get notified by Queensland Health. I was quite shocked about that,” she said. Mrs Deen said she was surprised that there was no warning about the disease through the school or by anyone else. “It seems the departments of health and education don’t really care,” she said.

Cairns Tropical Public Health Services director Dr Richard Gair said information about whooping cough had been sent out to the school and a letter was provided for distribution to families. However, he said that national guidelines for responding to a whooping cough case did not focus on a community-wide response.

A Department of Education and Training spokesman said that the principal of Gordonvale State advised parents and carers yesterday about a confirmed case of whooping cough.

There have been 45 cases of whooping cough or pertussis in the Cairns health district since January this year, compared to a yearly average of 86 cases. 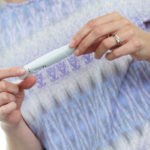