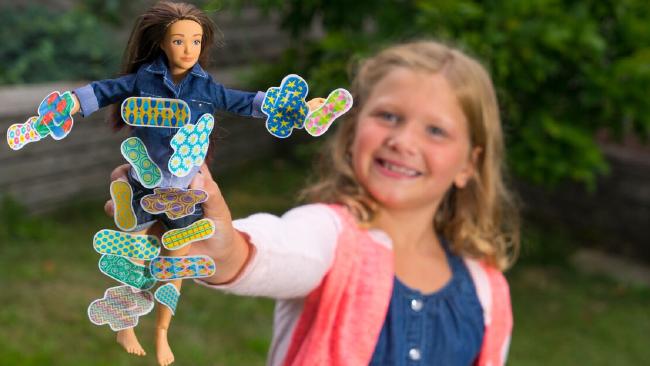 “What Barbie should I get my daughter this Christmas? Holiday Barbie, Malibu Barbie, Office Barbie, Period Barbie…”

Yep that’s right, a company who released Lammily last year, a popular Barbie rival also known as “Normal Barbie” has just made a “Period Party” accessory kit for their dolls.

The kit includes “one educational pamphlet, one pair of panties to fit Lammily doll, 18 reusable coloured pads and liners, stickers and one calendar with dot stickers.” 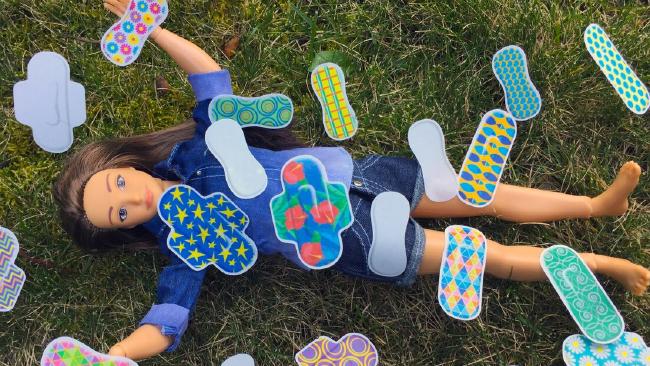 Well wouldn’t that be nice if that was all you needed for your once-a-month period party?

However I think it would be more realistic to add a family size block of chocolate, a box of tissues, a bottle of stain remover, at least three pairs of giant Bridget Jones undies and a bottle of wine.

Ahhh, I feel better even after just writing that.

The doll and its accessories are the brain child of Russian- born American man Nickolay Lamm, who wanted to launch a proportionately realistic version of Barbie into the toy market.

Lammily (who is not-so-catchilly named after its creator) is a brunette that has the measurements of an average 19-year-old woman’s body.

Now while I agree with the concept of the doll, I find the accessories questionable.

Lammily comes with a sticker-extension pack complete with cellulite, freckles and acne – but it’s the “Period Party” accessory kit that takes the cake. Mr Lamm, who worked closely with his mother, Yelena, to design the pads, told news.com.au that the purpose of the doll was to educate young girls about menstruation.

“Menstruation is still a taboo in our society,” Mr Lamm said. “More than that “” sometimes it’s still used as an insult.

“I just don’t think that something as core to a women’s life and health as menstruation should be seen as embarrassing in any way, shape, or form.

“If it weren’t for menstruation, I wouldn’t even be alive right now! So why not celebrate it, why not make it as accepted as any other bodily function?”

The doll’s creator said parents were often wary of approaching the subject.

“I’ve read horror stories of kids thinking that they were dying during their first period,” he told news.com.au.

“So I feel Lammily’s ‘Period Party’ can introduce kids to menstruation in a very fun and disarming way, and give parents a very useful tool.

“What can be more disarming than a doll having menstruation?”

Swap the word disarming for off-putting and the sentence makes much more sense.

But in all seriousness, as a toy aimed at 4 to 10 year olds is this really necessary? Parenting expert and Early Life Foundations director Kathy Walker said children tend to use their play at the stage of life they’re at by acting out what their immediate experience is.

“So when they’re three, four, six and eight, they’re immediate experience of life isn’t menstruating or to be pre-pubescent or thinking about puberty,” Ms Walker told news.com.au

She adds that if the education tool is pitched at older children, they are unlikely to be playing imaginatively with dolls.

And that’s where “Period Barbie” misses the mark.

We all know periods are a natural part of life, and we all know it can be a really confusing and overwhelming time of life when you first get your period, but should this be out there for younger kids?

But, since it is already on the market, I hope Mattell doesn’t let Lammily corner the whole awkward Barbie body market. I mean the original Barbie is, after all, 56-years-old now so perhaps Menopause Barbie would be the perfect doll to fly the flag for body education. And if that fails there is always Wet Dream Ken.

All images from news.com.au 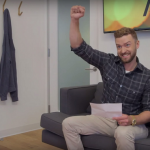 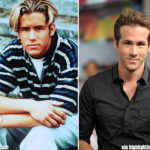 14 Male Celebrities Who Were…