The group allegedly started operating in December last year where there are now around 2000 images that have been posted or traded, News.com.au reported. Some of the images show high school girls performing sexual acts while wearing their school uniform, while other images on the site include graphic close-ups of victim’s genitalia and breasts, and photos of young women engaged in penetrative sexual acts.

Young men would use the swap-meet website to nominate the particular high school or region they are phishing for nude photos from, along with the full names of girls they are “hunting”. There are hundreds of names on the “wanted” lists, which include the names of sisters and their high school friends.

When a girl’s name appears on a list, other members of the group then post information about the girl, such as her full name, school, home address, and phone number, along with her photo then they write, “Go get her boys!”

Any “wins” — a colloquial term referring to nude photos — of the nominated girl are then uploaded or offered in exchange for a trade. Some targets are so sought after that “bounties” have been offered for any user who can post a “win”.

The site has been reported to police several times for child pornography, but police say they are unable to act because the site is hosted overseas.

Since the site’s creation, a number of victims have pleaded with the young men to remove their images, but their requests either fall on deaf ears or are laughed at, and worse, some men retaliate by calling on their “bros” to upload even more images of the pleading victim.

Most victims also appear to have no idea they are on the site because users have deliberately tried to conceal their activities from victims by changing the names of targets using a code to prevent the girls from searching their own names. Even school names are written in codes to prevent high schools from detecting that their students are being targeted.

The site mentions 28 high schools in NSW, 18 in Queensland, 15 in Victoria, five in the ACT, two in South Australia and two in Tasmania. It has also at least 55 distinct individual threads organised by regions in Australia from urban hubs like Ryde in Sydney to regional centres as well.

The NSW Sex Crimes Squad Commander, Detective Superintendent Linda Howlett says that it “is a criminal offence to take, transmit or possess images that are considered child pornography”.

“This also applies to teenagers, who are reminded that the dissemination of any material depicting nudity or sexual activity involving young people could constitute a criminal offence. They should be aware they could be arrested and charged and, if convicted, end up with a criminal record,” she said.

Police are encouraging any victims to come forward and report it. 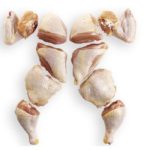 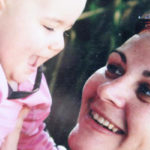