The world now waits as a renewed search is underway for the three Beaumont children who went missing 52 years ago.

2.30pm Update:  Police are now 80cm away from the anomoly buried at the site.  It is believed they are only a few hours away from discovering if the remains are that of the Beaumont Children.  Australia awaits the answers to the 52 years old mystery.  A few smaller items have been removed from the dig and taken away for forensic testing.  Small bones found in the first 1m of soil were revealed to be animal bones.

Investigators are now gearing their attention towards an Adelaide factory in North Plympton after recent scientific tests showed that there’s a possible large hole dug in the area around the same time the three children — Jane, 9; Arnna, 7; and Grant, 4 — went missing in 1966. Detective Chief Inspector Greg Hutchins said that there is an ‘anomaly’ revealed in the tests that they need to investigate.

“We have our fingers crossed, we hope for the best but we do want to temper expectations,” he told reporters at the site this morning. “Clearly we have an anomaly which we need to investigate.”

There are a range of experts at the site including a forensic anthropologist, a criminologist, crime scene examiners and officers from the major crime division.

Reporter Isabel Dayman told ABC News that excavators have to ‘dig around two to three metres to cover the area they have drawn out’ for the said excavation.

Police just evidence bagged a small item found at the bottom of the dig and removed it from the scene.

Police just evidence bagged a small item found at the bottom of the dig and removed it from the scene. @theTiser pic.twitter.com/XAdNYaEwrJ The Beaumont children left their parents’ home in Glenelg for an afternoon at the beach on Australia Day in 1966, but they never returned.

In 2013, two brothers told police that they spent the 1966 Australia Day weekend digging a large hole in the property at the request of its owner Harry Phipps. Mr Phipps was investigated in the case, but he died in 2004, although he is still considered a person of interest.

His son, who accused him of years of sexual abuse, believed he had a part in the crime.

Mr Phipps lived close to Glenelg Beach and also bore a resemblance to an identikit picture prepared at the time.

It was reported that the children were in the company of a tall, blond, and thin-faced man with a suntan the day they disappeared.

Mr Munro was in jail for unrelated child sex offences in South Australia dating back to 1962 “” four years before the Beaumont children went missing.

Mr Munro was interviewed by police in June 2016 after a boy’s diary, which tracked his adventures diving off the Adelaide coast, said Mr Munro was at Glenelg beach in the days surrounding the Beaumont children’s disappearance.

However, police have previously said there is no evidence linking Mr Munro to the said missing children. Several clues relating to what happened to the children continued to surface but have always led to dead ends.

Despite this, Inspector Hutchins said police regularly contacted the children’s parents, Jim and Nancy Beaumont, now in their 90s, and had informed them of the renewed dig.

Inspector Hutchins hoped the search would be completed today.

“There has been a lot of planning over the last few days, with anthropologists, forensic pathologists, crime scene people, we’ve engaged an excavator, had briefings, [and] today is the time to move forward, excavate the site and see what’s underground,” he said. “We hope we will have it completed by today, but it has the potential to go on for a few days.” Flinders University archaeologist Ian Moffat helped discover the anomaly in the soil and believed further investigation is needed. “It’s clear that something has happened on the site and it looks like some digging has taken place and then that soil has been put back in the hole,” he said, although admitting that ‘there’s absolutely no way to tell if that excavation was associated with any crime.’

Former SA Police detective Bill Hayes told ABC Radio Adelaide said that the identification of a new excavation site could be a major breakthrough in the cold case that gripped Australia for decades.

“It is the best lead that there ever has been in the case of these children “” the best information that we’ve ever had,” he said. 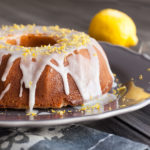 My husband is a womanizer I can spend a month with out having sex with him and I really need him what can I do.
Asked 11 hours ago
Have I done the wrong thing?
Asked 13 hours ago
Quick healthy filling meals
Answered 15 hours ago
Is it rude & disrespectful to partners to follow women in bikinis etc on social media?
Answered 20 hours ago