A 28-year-old woman accused of leaving her two stepchildren, aged four and six, home alone for two days while she travelled overseas to Bali, has blamed the post office for losing the children’s passports.

Police found the two children at a Perth home “screaming and crying” after they spent two days unsupervised. Neighbours of the woman claimed they were not aware that the children had been left alone, and only realised this when police came to collect them and they heard them crying and yelling.

“Had I’d known I would have called the police,” a female neighbour told the West Australian.

The woman was arrested at the Perth International Airport by the Child Abuse Squad when she finally came back into Australia on Thursday. According to police she had travelled to Bali to renew her visa, and the children’s father was also overseas. The father is also likely to be detained by Australian Border Force for questioning upon his return, which was apparently thought to have occurred on Sunday night. There is yet to be any statement from him on the matter, and there has been no confirmation that he has indeed come back to Australia.

The press held an interview with the woman, who spoke through an interpreter, where she reportedly blamed Australia Post for losing her children’s passports, which prevented them from travelling with her out of the country.

The woman also said that the issue of her leaving her children in an unlocked house alone was “between myself and the children”.

The father’s involvement in the case is currently unconfirmed but the woman, who is thought to be his de-facto partner, will face two charges of engaging in conduct which could result in harm to a child. She is due to appear at the Perth Magistrates Court on June 22nd. 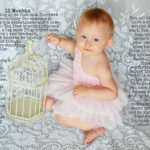 The Women Who Sneak Period Blood Into Their Partners’ Food
Answered 4 minutes ago
Does anyone elses man wear women’s jeans ? My husband has recently started wearing women’s jeans ?
Answered 22 hours ago
during sex/penitration, do circumcised and uncircumcised penises feel different for women?
Answered 23 hours ago
Slow Cooker Shepherd’s Pie
Asked 1 day ago