A study has revealed that with the right medical intervention, women who suffer from post-partum psychosis can recover well and can take care of their children independently.

Although rare, post-partum psychosis is an extremely debilitating psychiatric emergency wherein the mother can completely lose touch with reality, suffer delusions and hallucinations, and is nearly always required to protect the mother and her baby.

It is also distinctly different to postnatal depression.

In a five-year study conducted at the mother-baby unit of Helen Mayo House in South Australia, it was revealed that with proper treatment, all the women admitted between 2012 and 2016 have made a full recovery from post-partum psychosis and went on to independently care for their baby after discharge.

Dr Rebecca Hill from the Women’s and Children’s Health Network in Adelaide said that all patients received antipsychotic medication and one-on-one nursing care, while a few required lithium, a mood stabiliser. She added that most importantly, the situation where there will be weeks of separation between the mother and baby was avoided. “On the whole, mothers made a complete recovery and did so within weeks. The average length of stay was about three weeks,” she told AAP.

She also said that breastfeeding was preserved during the conduct of the study. “Amazingly, breastfeeding rates were highly preserved, with 77 per cent of women still breastfeeding at the time of discharge,” she said.

Dr Hill also said that the study provides strong hope for sufferers and their families. “Although it’s a shocking and terrible condition that no one would want, there is extremely effective treatment so that women can make a recovery quite quickly and return to normal life,” she said.

The study will be presented at The Royal Australian and New Zealand College of Psychiatrists Annual Congress next week. 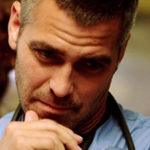 The Funny Moment A Woman… 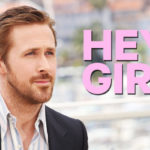