The parents of a teenager with intellectual disabilities were outraged after learning that their son had been pressured into performing a sex act with another student while on a school bus.

Jalen Aughterson, 16, from Melbourne, was on a Crown Coaches bus when another student, who also has intellectual disabilities, encouraged him to perform the act.

Jalen’s mother, Leanne, only found out about the incident when she discovered a video on her son’s phone showing the act. In the video, the other student’s genitals were on full display most of the time as he filmed Jalen – who has an IQ of under 50 – performing the deed in broad daylight. In a report by ABC’s 7.30, Jalen’s parents questioned why the supervisor missed the blatant sexual act.

“I can’t come up with any reason as to how a supervisor could miss this. I was very, very angry and I said to myself, ‘You would have to be blind,” Ms Aughterson said.

Jalen’s father, Shane Aughterson was emotional during the 7.30 interview.

“(As parents), we just want to make sure our kids are safe on the bus.

“I don’t think you’ve even got to be super-trained (to chaperone). You’ve just got to care,” he said. Monash Special Developmental School principal Helen McCoy said she was dismayed by what happened and immediately called police when the parents reported the incident to the school in May. “I was appalled, of course “¦ that the supervision was inadequate on the bus to allow such an incident to occur,” she said.

Crown Coaches, which handles transport for all special schools in Melbourne, has been handed a show cause notice and will appear in court to defend its actions, but it has also lost its contract with Jalen’s school, Monash Special Developmental School in Wheelers Hill.

Victorian Education Minister James Merlino confirmed to 7.30 the department would be conducting an independent investigation into the way the school handled the incident. 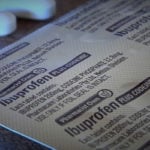 Painkillers With Codeine Will Need… 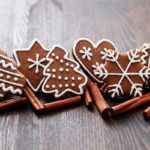