A 22-month-old baby has been found dead by a relative outside a daycare centre in Kyneton, Victoria today, Thursday 19th February.

Emergency services were called to the central Victoria home at about 3pm and tried to revive the child. The police homicide squad have been called in to investigate the death, which has happened as outside temperatures hovered around 30 degrees Celsius.

There have been more than 200 cases of children locked in cars, in Victoria, in the first five weeks of the year so far. Last year more than 1,100 children were rescued by emergency services from the inside of locked cars.

Police have said that it was a tragic set of circumstances and that they family are “absolutely devastated”.

In all states and territories it is illegal to leave you’re a child unattended for any length of time. Babies can overheat very quickly in hot weather especially in cars.

Children are more at risk from heat-related problems because they can lose fluid very quickly and become dehydrated, leading to heat stroke and potentially death.

If you need to go out in the car in hot weather, follow these tips: 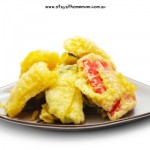 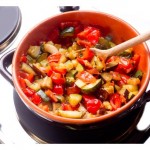