A transgender man is now four months pregnant after coming off hormone treatment to ‘preserve his fertility’, four years since he began transitioning from female to male.

Kaci Sullivan, 29, from Wisconsin in the US, already has a five-year-old son, Grayson (not his real name) when he was still a woman.

In May last year, Kaci took a break from male hormones for health reasons, then after six months of trying with boyfriend Steven, he fell pregnant and is over the moon with his second pregnancy, now as a male. He says it is a happier experience than his first. “When I became pregnant with my first child, I was still in denial about being transgender,” he explained.

“I hoped my pregnancy would help me connect with womanhood and femininity and somehow the terrible discomfort I had felt with my body all my life would be alleviated – but that didn’t happen.

“Instead, it was a very dark time for me and felt like an affirmation of everything I wasn’t and could never be. Giving birth to Grayson forced me to face up to my true feelings about my gender.

“Now, my body is much aligned with how I view myself and my pregnancy is so much better. I love seeing my baby grow inside of me.”

Kaci said he only learned about the transgender community when he was 18 years old, and by the time he was 21, he knew he was trans, yet he was too scared of coming out. He was only 19 and still living as a woman when he met his future husband and fell pregnant in July 2011. After giving birth to their son Grayson, Kaci thought he would not be a good parent to his son if he continues to repress his feelings.

Soon after, Kaci came out as transgender and broke up with his husband, who he still maintains an amicable co-parenting relationship with. And in May 2013, Kaci began taking male hormones and underwent a double mastectomy.

“My first pregnancy was completely soul-crushing and I felt like I was in a hopeless and desolate place.

“After Grayson was born, I realized I was the most depressed I had ever been and I didn’t know if I would ever be able to shut up the incessant questions that had dogged through me my entire life.

“I looked at my baby and realized I owed it to my child to be a capable and happy parent for him.

“I wanted to minimize any potential emotional impact on my son so I decided to transition as soon as possible and began taking testosterone,” he said. Now, Kaci is with his current boyfriend Steven, 27. Following a pregnancy scare after quitting male hormones, the couple realised they wanted to add to their family and began trying. “I stopped taking testosterone for a combination of health reasons and a desire to preserve my fertility as I wanted a sibling for Grayson one day,” he said, and thankfully, in February this year, they were successful.

Kaci, who runs The TransLiberation Arts Coalition, which aims to generate visibility for the transgender community through activism in art, has been vlogging about his pregnancy to help others going through the same experience after learning about the lack of information on the topic.

“I want to try to fight erasure – transgender, nonconforming pregnancies aren’t rare. When you look online, there is tons of literature about “ordinary” heterosexual pregnancies.

“I combat erasure by creating content, platforms and safe spaces where transgender and gender nonconforming people can take back their power, tell their stories and be connected with their queer culture and community,” he said. 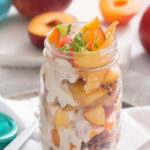 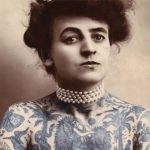