He was a handsome US Army sergeant from New York who happily embraced South Korean traditions when they were married late in 2013.

But her dream came to a shuddering halt just a few months later when, while helping her new husband reformat his phone in order to sell it, she discovered emails to his wife in America wishing her a happy anniversary. It turns out that Scott Fuller was already married, and had two children, aged six and four, living back in New York.

Devastated, Lee called local South Korean authorities and filed a complaint for forgery. Fuller was convicted by the court and was sentenced to an eight-month prison term in October of 2014.

However, before he could be arrested and brought to justice for his actions, the Army reassigned him out of South Korea to Fort Drum in upstate New York, close to the Canadian border.

Now, as Fuller enjoys his life back in America with his original wife and their two small children, his new wife Rachel Lee has been left with a nullified marriage, US$50,000 in credit card debt and a very broken heart.

“It has been very, very tough for me,” the teacher told the New York Post on a call from South Korea. “Quite honestly, I do feel suicidal,” says Rachel Lee.

Yet despite this unexpected set of circumstances, and despite the judgement of the South Korean courts, the Army has declined to prosecute Fuller for either bigamy or fraud. Lee’s lawyers are dumbfounded by this, particularly as Fuller kept up his lie of being an unmarried man with a trail of fake paperwork.

The paperwork included a premarital certification on US Embassy letterhead that was given to South Korean officials, as well as a New York judgement of divorce that claim he and his wife, Marianne were divorced.

Lee and her lawyers are seeking restitution to the sum of US$50,000, which she alleges Fuller owes her. However neither they, nor media outlets, have been able to get in touch with officials at Fort Drum or at Fuller’s home or email. His current wife, however, was particularly sharp when comment was requested:

“She was never officially married to him,” she said.

Lee’s lawyer says that although the story is a shocker, it’s not that unusual. “This is something that goes on with our troops all over the world,” he said. “It’s a horrific story.” 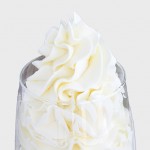 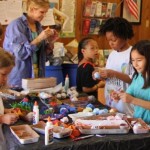 4 Alternatives to School For…