A young woman has touched millions of hearts after she tweeted a photo of a heartfelt card sent to her by her father on her 21st birthday — five years after he died.

Bailey Sellers, from Tennessee in the US, lost her father, Michael when she was just 16 years old, but she said that every year until she turns 21, her father had organised for her to receive flowers and a card on her birthday.

This year, as she turns 21, she marked it with an emotional post on Twitter, along with photos of a beautiful bouquet and a heartfelt card. She wrote:

My dad passed away when I was 16 from cancer and before he died he pre payed flowers so i could receive them every year on my birthday. Well this is my 21st birthday flowers and the last. Miss you so much daddy. 💜 pic.twitter.com/vSafKyB2uO

“This is my last love letter to you until we meet again.

“I do not want you to shed another tear for me my baby girl for I am in a better place.

“Be happy and live life to the fullest. I will still be with you through every milestone, just look around and there I will be.”

The post has been liked over 1.4 million times and retweeted over 340,000 times. 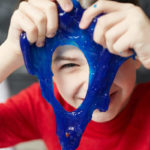 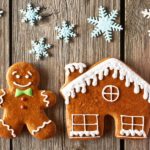