Is there anything more Australian than barbecuing, and who doesn’t love an overcooked snag in white bread drowned in dead horse?

We caught up recently with celebrity chef Ben O’Donoghue in the wake of his new show, Aussie Barbecue Heroes. But of course, I wanted to know all about his bromance with fellow celebrity chef Curtis Stone. The pair took their love of food and surfing on the road 11 years ago to create the show, Surfing The Menu, one of the only Australian food and lifestyle programs on TV at the time.

We had over 1 million viewers and were ranked the second highest rating show on the ABC, only to be beaten by Kath & Kim.

And then he tells me, he got the dreaded call from a mate…

“Bender, are you makin’ another series, I can see all the crew here on the coast?”

To his surprise this year, ABC had commissioned another series of Surfing The Menu – Next Generation. Well, that’s not a kick to the rectum at all, nicking the show and replacing the presenters for younger models. Ouch. After ringing around, they assumed both Curtis and Ben wouldn’t be interested in a resurrection of the glory days. You know those days before being tied down by restaurants, wives and children…

Ben and his wife have restaurant, Billy Kart, which is now open in two locations in Brisbane.

So what are his hottest tips for a banging barbie? Especially if you’ve got guests coming over and you’re entertaining. Pick a theme, pick your proteins and build your accompaniments, snacks, salads, veg and drinks around that theme.

Remove your meats from the fridge and let them come to room temperature.

3) Preheat The Barbecue With The Lid Down

It’s quicker and more energy efficient. Weber also says to cook with the lid down too, saves on heat loss.

4) If You’re Looking, You’re Not Cooking!

If you keep lifting the lid and repeatedly fiddling with what’s on the barbecue, you’re not cooking it effectively.

5) Rest Steaks For Half The Time You Cooked It

If you’ve cooked your steaks for 6 minutes, rest them for 3. Give them a quick flash back on the barbie to reheat the outsides and serve hot.

If you tear off some baking paper about the same size as the fish, you’re going to cook and place it on the grill, you lay the fish on top of that. The paper will colour, but it won’t burn and when you turn your fish, the skin won’t stick.

7) Never Hand The Tongs To Someone You Can’t Trust

I once handed the tongs to a mate while I ducked down to the shop to grab more beers. By the time I came back, pretty much everything was burnt.

If it’s cast iron, don’t clean it too much. Leave a bit of a layer of fat to protect the surface. If it’s stainless steel, turn it right up and let it carbonise, then give a good go over with a wire brush. Creating an Art and Craft… 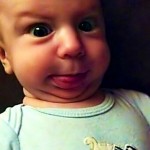 10 Best Soups to Enjoy This Winter How to Make a Sugar Free Condensed Milk Condensed milk is Pork Spare Ribs are one of my husband’s favourite foods, but So many versions on how to make these Coconut Macaroons, but