Just because you can, does not mean that you should.

While the 1950s were a decade of innovative change and prosperity following years of rationing and shortages, it was the 1960’s that saw the introduction of mass production. In the late ’60s, 70’s and 80’s with new technologies available in small appliances, we see a movement in food presentation, going from simple family nutrition to avant-garde globs.

And for the love of glob, why, why didn’t they lay off the jello!

Hmmm, this is meant to be ‘ground beef’ AKA mince, stuffed in cabbage and steamed. But it’s Danish inspired so it must be on trend. Serve this bog stuffed, fart ball at your next dinner party!

A true food innovation of the 1930’s, the canned pork Spam gained such notoriety that it has sold over 7 billion cans. And one of those cans went into artfully creating these gag worthy delicacies, Spam cupcakes – A sweet and salty delight!

Spam and Lima beans, ‘Ah’ inspiring. Yes it will be ‘Ah’ inspiring after your digestive system stages a gassy protest! Brrrrrrrrrrrrrp! Clear the bedroom after this bad boy!

Spam and Peach – gay and delicious enough for a party! Fiesta! A fiesta of an entire meal out of cans! WTF is jelly the main ingredient in these recipes? I bet this comes out the other end looking exactly the same!

Oh. My. I don’t even know what this is, but I’m going to assume its more gelatinous meat.

Party Potato Salad? When a bowl is so yesterday.

Shepherds Pie in the Shape of an Igloo… With a side of more shit in jelly.

Ham and Banana Hollandaise… WTF are they thinking? Pineapple Jello Rings you can make right in the can! Probably the least vile thing on this list.

You can’t turn sausages into a roast dinner – or can you? And it’s Weight Watchers no less!

Ham Salad Supreme. Yes, supremely screwed up! There is a common theme of reshaping food in a very unnatural state.

Cheese is not what I expected to find, inside a lettuce. And how are you supposed to eat that? Like a wedge of pizza? Mmmm delicious!

The glistening ring of horror stuffed with creamy potato salad. I think my dog once hurled up something that resembled this. And then the cat ate it.

Dunno what this is, don’t want to know. Either way it looks like the perfect vehicle for salmonella.

Holy shit! Since when were you ever supposed to be able to spread a burger!

Did you know people are still hollowing out bread and stuffing it with random ingredients? Nowadays they use artisinal cob loaves.

These foods are seriously making me WTF too much..

Oh my, another mid-century marvel.

If your souffle looks like this, you’re doing it wrong.

Cabbage Grapefruit Salad… and it includes the recipe! Don’t ever make it. Ever.

A Mustard Ring… No really.

Meat Chunk Salad. Note to self: Avoid anything that contains the word ‘chunk’ and looks like vomit. Fundamentally in the 50’s, 60’s, 70’s and 80’s, there was a gross misuse of jelly and an unnecessary compulsion to shape food into non food shapes. Heinous crimes against food really.

What other gross food do you know of? Top 10 Things You Should… 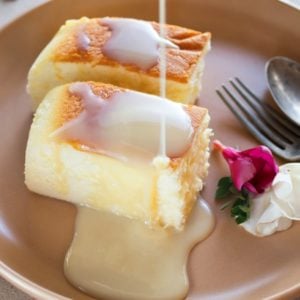