If you do a lot of cooking in the kitchen, you’ve probably used at least a few different types of oils in the past. Oil is usually used for two purposes in the kitchen; frying, and as an ingredient in recipes. Most kitchens have at least one bottle of vegetable oil, but what exactly is in that, and why would you use it? Which oils are best for frying, and which ones are actually nutritious? Let’s take a look at some of the most common types of oils and their uses.

Vegetable oil is easily the most common oil for cooking. It’s inexpensive and makes a great choice for frying. Vegetable oil is actually a combination of several other types of oil, usually including sunflower oil, soybean oil, palm oil, and corn oil.

No true culinary chef could get by without olive oil. There are a lot of different types, including refined, extra light, virgin, and extra virgin. Extra virgin has been processed the least, while refined is almost clear in appearance because it’s been processed so much. Most people use extra virgin olive oil because it contains most of the vitamins and minerals of the original olive. It’s also the healthiest, since it has a lot of monounsaturated fat (that’s the good kind) and might actually be able to reduce your risk of getting heart disease. Simply drizzling it, uncooked, over foods like salad, pasta, or eggs is the best way to eat it.

Second only to olive oil, canola oil is another healthy choice for kitchen use. It has high levels of monounsaturated fat with low levels of saturated fat, so you’re only getting the good stuff. Unlike olive oil though, canola oil is usually used for frying. The best time to reach for the canola is when you need something fried at a medium temperature. For heavy frying, you can’t beat peanut oil. It makes the food taste delicious, and is able to withstand high temperatures without becoming too unstable.

Coconut oil isn’t typically used for frying, both because it’s expensive and the high temperatures cause it to lose its unique flavour. It’s sweeter and a bit more nutty than most other oils, but blends perfectly in ethnic dishes from Southeast Asia and Africa. Even though coconut oil gained a bad reputation a few years ago, it turns out unprocessed, virgin coconut oil is actually very healthful.

For a lighter, more refined taste in your food, reach for the grapeseed oil. It has a neutral taste so that it doesn’t overwhelm your other ingredients, and at the same time it doesn’t tend to be as greasy as other oils. Grapeseed oil is best used for medium heat, because it has a high level of polyunsaturates, which can break down with high heat and lead to trans fats.

First of all, if you’re vegetarian you should stay away from lard. For everybody else, lard is excellent for imparting a meaty, smoky, delicious flavour to your dishes. I read somewhere that if you want your food to taste like the food your grandmother used to make, use lard. It’s basically pure animal fat, so don’t go too heavy on it, but it definitely makes cooking easier than anything else. Think of the best Mexican food you’ve ever had, and it was probably cooked with lard.  Not good for the waistline or your arteries!

What oils do you use for cooking? 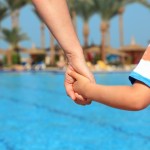 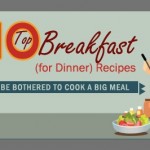 Easy Orange Glazed Ham has a yummy citrusy flavour. Do something Is there anything as delicately elegant as a good pavlova? Pavlolva is 37+ Large Salads to Serve on Christmas

I ALWAYS look forward to discovering new recipes for salads to Make everyday special with this spritely Aperol and orange spritzer a