A 12-year-old filmmaker has made an emotional video in memory of his younger brother he lost to brain cancer.

Luka Wolfgram lost his eight-year-old brother, Kosta to Medulloblastoma, a brain tumour, in March this year. Now, he has made it his mission to raise awareness about childhood cancer and work towards finding a cure.

Luka makes funny films as a way of helping his younger brother get through the tough times.

Our Superheroes from The Outlook for Someday on Vimeo.

He made a five-minute movie titled, “OUR SUPERHEROES“, which charts a family’s grief and loss, but also has an inspirational message of hope. He said that he spent hours creating, interviewing and editing the movie which features his parents, grandmother and aunt reminiscing about how amazing Kosta was. Kosta is described in the video as clever, sporty, an amazing Lego maker and the best rapper. The film also features interviews with Kosta’s favourite doctor and his teachers. It also showed Luka sharing his own experience of having a sibling going through cancer.

“I never wanted to see my little brother suffer, but I did. And it was the most heartbreaking thing ever,” Luka said.

The video concludes with Luka saying, “Our superheroes can’t fight this alone. Be their super sidekick and get into super action to help.” He then asks that people donate money, blood and time.

The Children’s Cancer Foundation said that childhood cancer is a leading cause of death in children and that 810 Australian children will be diagnosed with cancer this year. 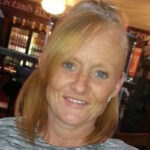 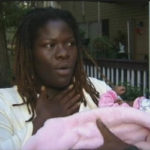 Would it be mean?
Answered 5 hours ago
Women that have had sex with circumcised and uncircumcised penises, which feels better?
Answered 10 hours ago
My Baby Was Really Ugly
Asked 23 hours ago
Male strip show!
Asked 24 hours ago