The holiday wouldn’t be complete without Elf on the Shelf.

The people of the internet decided to put an interesting twist on this holiday trend and it has taken the internet by storm!

We’re so familiar with the Elf on the Shelf, a Christmas tradition where people place these decor dolls not just on the shelf but all over the house, mostly giving the kids some creeps by telling them that if they’re mischievous, the doll could see everything they did.

However, a few weeks ago, people all over the internet has taken this tradition to greater heights! As if it’s not funny already.

The jokes started when a Tumblr page Dank Meme University uploaded a photo captioned, “You’ve heard of Elf on the Shelf, now get ready for”¦” along with a photo of Pokémon’s Ash Ketchum lying in the trash, encouraging viewers to complete the sentence with the rhyme, “Ash in the trash”. So here are 30 Alternatives to Elf on the Shelf!

The joke was insanely brilliant that it was reblogged more than 200,000 times! In fact, another Tumblr user Kawaii Rain responded to the post with a new joke photo featuring Link (Legend of Zelda character) in the sink:

From there, the memes got rolling on different social media platforms and a lot of people have participated with their own versions of the joke. Ranging from animes to celebrities and some known personalities!

Once you get the rhyming memes, you’ll definitely laugh your arses off!

Brace yourselves for more hilarious alternatives to Elf on the shelf.. Click Next!

Elf on the shelf 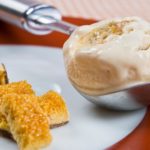 What would you do with the money?
Answered 1 hour ago
I found my husbands secret instagram account.
Answered 13 hours ago
How common is circumcision these days?
Answered 17 hours ago
Mother inlaw why would she have done that?
Answered 18 hours ago