In 2013, there were 224 deaths from cervical cancer. “It’s because those cancers were found too late. That’s why we really need to find those women who aren’t getting regular pap tests so we can save their lives,” Mr Tooma said.

Oftentimes, there are no symptoms, but if abnormalities aren’t discovered soon enough, they can develop into cancer.

Screening is recommended every two years for sexually active women aged 18-70 to detect any changes in the cells on the cervix.

Beginning next year, the two-yearly pap test will be changed to a five-yearly HPV test — a measure that aims to prevent an additional 140 cervical cancer cases every year. 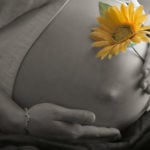