A mother has shared the heartbreaking photos of her seven-year-old son who was hospitalised after a school bully pushed him so hard that his head hit a metal pole.

The UK mother took to Facebook to express her fury after the horrific injuries her son endured after a school bully inflicted so much harm on him that he was taken to hospital due to severe injuries.

In the Facebook page, Justice For Jak, that she set up for her son, Jak, the mother described the harrowing extent of bullying that Jak suffered.

“My son was bullied all this term by one child!!

Along with the post were photos of the injuries inflicted on Jak starting last March 22nd. The mother said that the alleged bully, his brother and two other children stomped on Jak’s head on another occasion at the school in Telford, Shropshire, but the latest incident broke her heart.

“The bully, his brother and two friends jumped on my sons head! But the latest incident on the 23/03/17 the bully was hitting my son in school and pushed him so hard he hit his head on a metal pole,” the mother explained.

Aside from urging to stand up to bullies, the mother made the post to hit the school’s lack of accountability. “The school did not give him a head injury letter or even a cold compress,” she said.

She added that the school also described her son’s injury as ‘minor’. “It was a letter sent to all parents saying that it was a MINOR INJURY that has got infected!!!!! I’m appalled at the school that i send my children to for 6 hours, 5 days a week to be put in danger and then dismissed,” she wrote.

The mother was also upset when she said that police told her there was nothing they could do, as the child perpetrator was under 10. She recounted that on March 24th, Jak’s bump got huge and swollen, so she took him to A&E and was told it was a concussion.

She then added the unimaginable details that the poor boy went through.

“On the 29/03/17 I took Jak to a doctor as his lump was still very big and had started leaking puss he was then put on antibiotics.

“On the 31/3 I took jak to a doctor at 8am, again I was told it was concussion I was unhappy about this and at 8pm the very same day I took him to a emergency Doctor. The puss was getting worse and head pains”¦ he was given another antibiotic to take,” she wrote.

On the day of his birthday last April 1st, the mother said that Jay spent the day with his friends but had experienced severe pain in his head that he cried all night. “Jak was later admitted into a pre assessment unit and then admitted onto the children’s ward. Jak has suffered so much pain for the last 2 weeks now!,” she wrote. Last Wednesday, the mother said that Jak underwent a surgery to drain the blood clot in his head. “On 05/04/17 Jak was taken into theatre to drain the blood clot that had formed and puss that had gathered in his head. Jak is on a drip having antibiotics, painkillers and even morphine. His vein had collapsed in his hands from his cannula so is like a human pin cushion. Having cannulas fitted, bloods take and swabs,” she wrote.

However, two days later, Jak underwent another surgery where another gadget was inserted in his head to drain the infection. “On 07/04/17 (today) Jak was taken back to theatre he’s had a electric vacuum drain inserted into his head”¦ meaning two tubes put in his head to drain the infection and the blood from his head. Jak is lying in a bed on strong medication with tubes coming out of him whilst the bully has carried on with life as normal!!!,” the mother wrote. At that point, the mother was outraged after learning that the bully was not punished for his actions. “My son has been in a hospital bed for 6 days, not once has the bully missed a break time or received any punishment!!!!” she wrote.

The Facebook page now has more than 146,000 likes with people and celebrities on social media reacting with horror and disbelief at what Jak has had to endure. 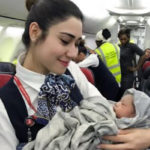 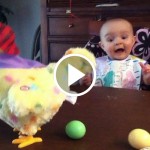 Baby’s Cute Reaction to an…

My sister in law and i kissed and ..
Answered 1 hour ago
Just a vent really…
Answered 7 hours ago
Do you have a daily routine at home (do things at regular times like meals etc) or just go with the flow?
Answered 8 hours ago
Did you suddenly had this urge to hook up with someone when you and your SO decided to get married?
Answered 20 hours ago