An adorable boy has left his mother a really angry note — and it’s hilarious!

A young boy named Owen has just written an angry letter to his mother, politely telling her to stay away from him, even telling her that he will tuck his own self in. In this photo, shared on Reddit by the cousin of Owen’s mother, the letter begins without so much of a greeting. It began with a simple ‘Mommy.’

Then, the boy went straight to the point and told his mother: “Don’t come read with me.”

He then wrote the reason why: “I am mad at you.”

Finally, the boy courageously told his mother: ‘And I will tuck my own self in.’

The boy signs off the note with ‘Senserly, Owen.’

The letter was apparently pinned to the boy’s door, so that his mother would see it before even trying to enter his room. 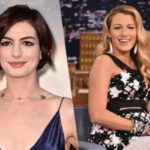 5 Ways To Love Your…