Mummy blogger Constance Hall has raised more than $132,000 in a less than a day (at the time of writing) to create a safe house for girls in Kenya who have been sexually abused.

In fact, the target was $75,000 which was achieved within 6 hours of her Go Fund Me campaign going live.

The funds are being collected on behalf of charity Rafiki Mwema to build a safe house for sexually abused Kenyan girls in need of “love, support and tenderness”.

“Some of these young survivors have been sexually abused to the point of needing surgery, some prostituted from the age of 2 (yep, you read that correctly 2 years old) some aren’t able to communicate to anyvody without covering their faces due to the shame they believe they have brought on themselves,” Constance writes.

“At Rafiki, though love, therapy and support these girls are learning their own self worth, kept safe, educated and patiently taught to trust again.”

“The problem lies here, Rafiki is a house on a farm a house that funds were raised to pay for, full of young girls and when they become teenagers there isn’t anywhere for them to go that funds are able to cover, the room in the house is so desperately needed for other young girls to move into and out of harms way, leaving the teenage girls to often return home to their communities where many of them are sexually abused again and considered “tainted” which invites in further abuse,” she writes. Constance wrote that Rafiki Mwema contacted her, explaining they have land on the farm ready to build a new “forever home” for the teenagers where they can feel safe and continue their therapy, but they don’t have the funds to build it, needing $75,000.

And so, in six hours, the target was met, and is now well exceeded, with more than 5,400 donations (again at the time of writing). Constance has promised that all additional funds will be spent on the girls through Rafiki Mwema.

Last night, when the Go Fund Me target was met, Constance posted on Facebook:

We did it. I have believed in this community since the beginning. I knew that the Queens would change the world and we are.
75k in less then 6 hours and finally the building can begin for our beautiful Queens and their safe forever home. 💅🏼

I’m off to get pissed and calm the fuck down 👑 We are amazing. Be assured that every further cent donated is needed and will be spent on our Glorious Queens.

Violence against children is a serious problem in Kenya. A 2010 report by the United Nations International Children’s Emergency Fund (UNICEF) found that 32% of females and 18% of males in Kenya experience sexual violence before the age of 18. Less than 10% of victims received any professional help. 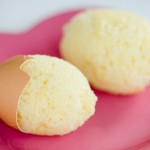 How To Bake A Cake… 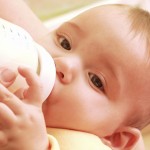