Are you living with your mother-in-law? Chances are, you have fewer children.

Well, not just your MIL, it could actually be your own mum or grandma.

In a study, published in the journal Royal Society Open Science, which looked at the impact of a live-in grandma on women’s fertility, couples who live together with their mums or mother-in-laws have fewer kids than couples who live independently.

Evolutionary anthropologists from the University of Vienna studied the medical records of more than 2.5 million women aged between 15 and 24 from 14 countries around the world.

The authors noted: “The presence of any mother in the household is invariably associated with a significantly lower number of children compared to women living only with their spouse.”

However, surprisingly, living with a mother-in-law under the same roof has less impact on fertility than a woman’s own mum. “In most countries, a woman’s number of children is lower if she lives with her own mother as compared to her husband’s mother in the household,” the authors added. Younger women also were more likely to live with either their own mum or their mother-in-law, than older women.

Researchers also suggest that grandmothers may “slow down the woman’s reproduction”. “Both grandmothers may foster a ‘slower life-history strategy’ in terms of investing more in a smaller number of children,” they note.

Yet, there’s another issue. “An alternative explanation would be that the presence of any mother in the household does not affect a woman’s number of children,” the authors write, “but that women who start childbirth at very young ages have both a higher probability to live with a mother in the household and to have lower overall fertility.”

The team also added that some socioeconomic factors may also contribute such as facing “a difficult and complicated stage of life”, health issues or unemployment, which in turn may affect a woman’s fertility.

What are your thoughts on this? 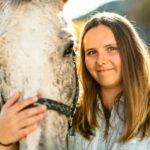 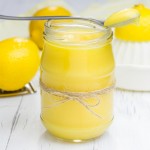