Imagine explaining to your grandparents that a doctor filmed herself removing a cyst and put it on the internet in order to raise funds for disaster relief.

The famed Dr. Pimple Popper has at last put her video up of a grapefruit-sized growth on the back of a poor man’s neck, and it’s all to raise money for Hurricane Harvey relief funds.

“I know that you are not used to paying for your pimple pops BUT please remember that the reason for this is GOOD!!!” she wrote on YouTube and Instagram. “Not only are we helping to SPREAD AWARENESS, but portions of proceeds will be donated to TWO charities to aid with Hurricane Harvey relief: the American Red Cross and the St. Bernard Project.”

(Quick note: while the American Red Cross has been widely criticised for its mismanagement of $500 million donated after the Haitian earthquake in 2010, the St. Bernard Project was founded in the wake of Hurricane Katrina in 2006, and helps rebuild homes while advocating for recovery strategies and future resilience.)

LOOK AT THIS MONSTER. “One of the many things I have learned from social media is how POWERFUL it can be. What is more amazing to me is how much GOOD it can do. It gives me HOPE and makes me PROUD to see so many people taking action (both big and small) to help those affected by #HurricaneHarvey. Andddd now it is OUR turn, popaholics!! Many of you have been patiently waiting to see the huge GRAPEFRUIT-SIZED GROWTH and it’s finally ready for you guysss on my YouTube channel.”

Popaholics. I can never unlearn that word.

Here’s a preview of the abomination, which is honestly way, way bigger than a grapefruit. Try a cantaloupe. Or a human head.

We’ve watched the video, and it’s a goddamn doozy of disgust. It’s either wonderful or horrifying, depending on your ‘popaholic’ status. She extracts this thing like it’s a newborn baby, cutting the sinewy tissue instead of an umbilical chord and leaving the back-slash-womb empty and deflated.

This is not for the faint hearted. But you know you wanna watch. 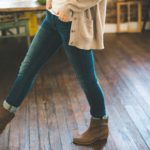