The waiting rooms of the emergency departments are set to swell, just as they have for every festive season in history. Also, the ultimate hugger is here to spread some love.

While patients grow impatient, tempers fray and those with a belly full of beer or other poison can be ungrateful and even callous towards the people who are trying to help them, it is rare for the nurses and doctors to hear a thank you over their busiest time of year.

But a Brisbane tween has set out to turn that around this year, and visited the Princess Alexandra Hospital to spread the love with hugs for the staff.

Maddy Birt has become the poster girl in the campaign to protect emergency service workers from assault and abuse… and it was all her own doing.

The 12-year-old launched Hug the Helpers in October as part of a school project and the campaign has taken off globally, with more than 100,000 hits on her Facebook page, which has been shared by people in the UK, France and New Zealand.

On the page, Maddy wrote that paramedics, police officers, ER nurses and doctors are assaulted and abused by the very people they are trying to help every day across Australia.

“On any given day, they may be spat on, punched, kicked, threatened or sworn at – just for doing their job. THIS IS APPALLING! I want to create awareness of this problem in our society. My goal is to share this post with 10,000 people. I know this is possible, because I believe that the world is full of good people who want to make a difference and take action. Can you please help me to achieve this goal by liking, sharing or commenting on this post. You can also help by sending a ‘hug’ (a photo of you with your hands in a heart) to this page – Hug The Helpers! All messages of support will be passed on to our emergency service workers to say THANK YOU! #hugthehelpers #maketheworldabetterplace,” the post read.

Maddy said she just wanted to spread the message that violence was not okay, but the campaign had grown to mean so much more than that and she spread smile wherever she went as she interacted with Princess Alexandra Hospital staff.

The hospital’s director of emergency Dr Phillip Kay told ABC News that saving lives was often a thankless task and the hospital had endured a 300 per cent increase in violence attacks on staff over the past two years.

Health departments around the country have promoted a zero tolerance approach to anyone who raises a hand to or is abusive of emergency service personnel.

In short, the law will come down on you like white on rice.

We can all learn a lesson from young Maddy. Even if you are not a hugger, a simple thank you or acknowledgement by way of even a smile can be enough to lighten the burden our emergency service workers will have over them these holidays.

Of course, it is preferable that you don’t end up in the emergency department to begin with, but NSW Chief Health Officer Dr Kerry Chant said there are several traps we fall into over the holidays.

The top five reasons for emergency ward visits during the last festive season, according to NSW Health, are:

This is also a timely reminder to stay safe on the roads, don’t drink and drive and be courteous to the people around you. It should be a time for merriment and enjoyment, not anger and frustration.

Stay safe, be well, and keep your cool these holidays! 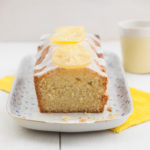 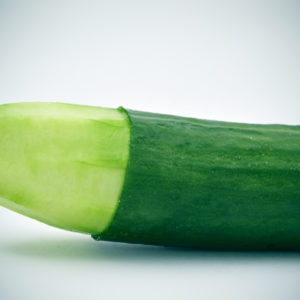 The Crazy Cucumber Cleanse Trend That Is

Looking to cleanse your vagina? You may have heard of the