A 36-year-old mother from Kent has defied medical advice in refusing surgery for her recently diagnosed breast cancer. The mum-of-four says she intends to cure the potential fatal disease through a vegan diet.

Sarah Valentine, a 36-year-old makeup artist and mum to four children, was diagnosed with breast cancer in December of 2016. Living in Kent she was easily able to access conventional treatment through the NHS. However, she decided not to have a mastectomy or a lumpectomy with radiotherapy, but instead to treat the disease herself with dietary changes.

According to Valentine, she overhauled her diet to cut out meat and dairy, and she also added bitter almonds and purified water to treat her cancer. Partner Richard, aged 35, says he’s supporting her decision despite seeing how people believe she is making a mistake. Valentine however believes she’s doing it exactly the right way.

She conceded that she understood “This is not a diet” and it is “life and death”.

“I think by feeding my body good things, it will have an impact. I’ve done a lot of scientific research into it.”

This scientific research has apparently led to her take acidic products, meat and grain from her diet. Now Valentine eats mostly seeds and vegetables. She has also invested considerably in vitamin supplements, a costly paste made from turmeric powder, and a top of the range water filter to ensure she drinks nothing but purified water.

Valentine says that she is “100% sure” that her cancer is “emotional” and that after doing extensive research online she has concluded a vegan diet will be better than having surgery and conventional treatment.

“I believe if I had a mastectomy I would be dead within 10 years. This is about healing my body back to health.”

Look, here at SAHM we hate to hear stories of mums dealing with cancer, or of anyone dealing with it really. Cancer is a hard thing to be dealt with in life, and it really does pull the carpet out from under you. Conventional treatments might not work all the time, but they have been extensively studied and, although they’re a difficult thing to go through, they do work.

Sarah Valentine has Stage 1 breast cancer. She has two relatively small tumours in her breasts, one 2.1 x 1.7 cm and the other 1cm in size. These aren’t easy to live with, but this is early stage cancer. By shunning conventional treatment over unsupported pseudoscience all Ms Valentine is doing is increasing her chances of turning Stage 1 cancer into Stage 3 or 4.

As the Biology Babe (our source for no-holds-barred science) said in response to this story:

The woman mentioned is suffering from postpartum breast cancer. For about five years after giving birth, regardless of age, women are more likely to develop breast cancer. Not only does this disease affect younger women, it is significantly more aggressive than most other types of breast cancer. Other parts of her body, in particular her liver, are more prone to growing offshoots of her original tumor. That tumor is constantly spitting out cells into her blood that are just waiting to find a nice place to settle down and grow a new tumor.

She caught it early, but early doesn’t matter if you wait to get treatment. Gerson Therapy is a plague– these children might lose their mother to it.”

So no, we aren’t going to link you to her GoFundMe, and we aren’t going to ask you to support her, because we don’t. We want to be there in spirit for all the mums, sisters, aunties, grandmothers, nieces and besties out there dealing with the big C, but we aren’t going to spread harmful misinformation about alternative treatments and therapies.

People promoting these treatments always seem to have a story about someone they know who cured their cancer through it, but unfortunately the research just isn’t there. What is there are stories like Belle Gibson, who sucked in thousands of vulnerable cancer sufferers only to be shown to be a liar, and Jessica Ainscough who along with her mother rejected conventional therapy and sadly died.

Don’t get us wrong, we believe that everyone has the ability to choose their own treatment for the illnesses they suffer. But sharing and promoting alternative therapies isn’t just ill-advised, it’s dangerous and makes your complicit in the potential avoidable deaths of people with cancer. We get it, you did your research. But a few weeks or months of internet research is not a substitute for decades of medical study by thousands of professionals across the world, and it never will be.

If you’re dealing with a cancer diagnosis, have an honest talk with your doctor about the options, and be thoughtful about promoting protocols like Gerson’s, which have little to no medical backing. 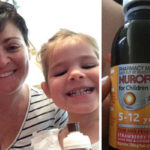 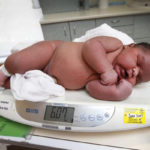