A mother was disappointed after the service dog of her seven-year-old son, who was autism, was banned from classroom due to the school’s allergy policy.

Mum Jodie Davidson is forever grateful for their autism assistance dog, Cobolt for helping her son, Aiden remain calm, and for protecting him in dangerous places such as shopping centre car-parks.

Cobolt, who is now five years old, was trained by the Labs ‘n Life organisation, partly through programs run in other schools where children work closely with dogs, including in classrooms. Mrs Davidson told The Advertiser that she often takes Cobolt onto the school grounds for a few minutes in the morning to help Aiden settle in for the day.

She said that they had an initial agreement with O’Sullivan Beach School, in Adelaide, for Cobolt not to enter buildings, but she said that Aiden had since “found his voice” and repeatedly asked if the dog could come into the classroom.

However, the school denied their requests, but Mrs Davidson chose to “push the boundaries” by taking Cobolt into class for the first time last March 31 when Aiden refused to go to school otherwise. “We were in Aiden’s classroom for about seven minutes. The kids loved him. It was hunky dory and we walked out,” she said.

She thought it turned out well but later that day, she received a letter from the school stating its anaphylaxis and allergy policy. She said that in the policy, it “clearly states that animal hair can be a trigger for this”, so parents should not bring animals into school buildings. She said she was disappointed as it was “like they are trying to treat (Cobolt) like an average Joe Blow dog off the street”, especially now that teachers were “guarding the building” so the dog could not enter.

Mrs Davidson said the school had compromised last year by allowing Cobolt into the office area, but it failed since other students thought Aiden was in trouble because he was always seen in the office.

An Education Department spokeswoman said schools “must consider the needs of all students to keep children safe and well”, and the agreement with the Davidsons “also takes into account the medical condition of another peer”. She said that the school would be always coordinating with the family “to ensure the agreement reflects (Aiden’s) needs, while ensuring a safe environment is maintained for other students”. 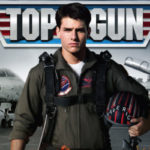 Have You Seen These Timeless… What would you do with the money?
Answered 52 minutes ago
I found my husbands secret instagram account.
Answered 15 hours ago
How common is circumcision these days?
Answered 18 hours ago
Mother inlaw why would she have done that?
Answered 19 hours ago