A mother-of-two has become the first mother to have given birth through ACT’s publicly funded home birth trial.

Ella Kurz gave birth to her second child surrounded by textures, sounds and items she loves. She said that it was an entirely different experience — without the stress involved in rushing to hospital and the unfamiliarity of a maternity ward when she welcomed her baby boy, Ari, in the bedroom, on Saturday.

“For our first child it was quite hard and stressful going to hospital. I was afraid of giving birth in the elevator or carpark.

“This time I felt much more relaxed and having no one come in, being in our own bed, it felt very much more peaceful and relaxed than having rushing and lights going on,” she said.

Ari was the first baby to be born as part of the ACT government’s three-year home birth trial, which hopes to do one or two births each month. Chrissie Foy, one of two midwives who assisted Ms Kurz, said that in her experience, women were more comfortable and trusting of the birthing process in their own home.

“I think it [the home birth trial] will have a huge impact on women’s birthing choices. I don’t feel that it is any less safe than in a hospital or birth centre, we have everything that we need,” she said.

Acting Health Minister Yvette Berry congratulated Ari’s parents and extended warm wishes to the other six women who had registered for the trial.

Two of the eight applications were rejected as the women lived outside the 30-minute catchment area of the Centenary Hospital for Women and Children in Garran.

The trial also only welcomes women with “low-risk pregnancies”.

Yet, Professor Michael Permezel, president of The Royal Australian and New Zealand College of Obstetricians and Gynaecologists, said home births were not as safe as hospital births and posed “unacceptable risks”. He said no pregnancy could be guaranteed as low risk because of unexpected complications that could not always be managed by midwives at home.

A number of women also previously told the Canberra Times that they withdrew interest from the trial because of the “restrictive” eligibility criteria such as excluding first-time mothers, not offering water birth, requiring the support from a family member or friend and agreeing to an injection to help with the delivery of the placenta. However, Margaret McLeod, acting executive director of ACT Health’s Women, Youth and Children, said she was confident in the decisions made by a board of clinicians and health care consumers regarding the rules of the trial.

“I think we have taken a middle ground approach.

“We had many experts working on the criteria and we have strategies in place including running simulation exercises and working closely with the ACT Ambulance Service,” she said.

Meanwhile, Ms Kurz supported the home birth trial and said she would recommend it to other women. 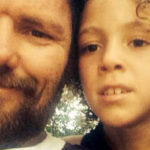 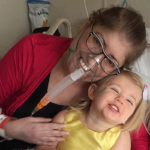