A mother has shared her heartwarming story of her battle with an aggressive breast cancer while pregnant.

Mum, Priscilla Carbone, 34, from Lysterfield, was shocked when at 15 weeks pregnant, she was diagnosed with aggressive breast cancer.

Thankfully, her surgeon, Chantel Thornton, said expectant mothers with breast cancer did not necessarily have to terminate their pregnancies. It was safe to have surgery, particularly in the second and third trimesters, and the chemotherapy drugs did not cross the placenta wall. She said though breast cancer in younger women was uncommon, there was a slight peak in incidence during pregnancy, which may be due to oestrogen loads.

And so, Ms Carbone immediately had a mastectomy and was told she must have chemotherapy. Despite all these, Ms Carbone said the “angel” growing inside her gave her the will to survive.

“I really would be in a very different situation mentally and physically if not for him.

“He has always given me something to look forward to.

“Whenever I would get worried or anxious about the cancer while I was pregnant, he’d give me a little kick.

“I’ve been much more preoccupied with him than I have with my cancer, which has helped my anxieties about the disease,” she said of Alexander, whose birth was induced at 38 weeks. 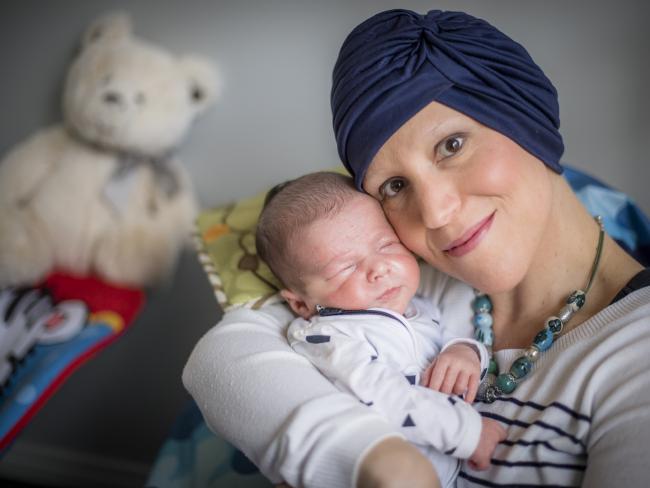 Ms Carbone and husband Adrian, 35, were about to have fertility treatment when Ms Carbone got pregnant naturally. Then, she found a lump in her right breast, but she was still euphoric, and didn’t think it could be cancer.

However, when it was described as an aggressive breast cancer, she cried and cried. “I was so worried about having chemotherapy while being pregnant, and there was one stage where termination was a possibility. But once I had the surgery, which included removing 10 of my 13 lymph nodes, a plan was in place for my treatment that would mean I could keep the baby,” she said. Now, Alexander is four weeks old and healthy. Ms Carbone, who also has a five-year-old son Lucas, is starting daily radiation for five weeks, which may be followed by a year of oral chemotherapy.

Ms Thornton has described Ms Carbone as a wonderful, positive patient. “She said from the start that she would do whatever she had to do to save herself and her baby. I think I felt worse than she did removing her breast, because she was just so focused on her baby.” 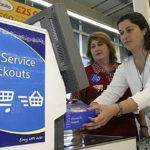 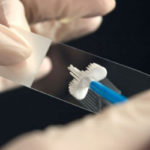 Australian Women Are At Risk…