A mother, who has a severe lung infection, was saved by doctors after they removed her lungs for six days as she waited for a transplant.

Melissa Benoit, 32, had just hours to live when she was rushed to Toronto General Hospital with a severe infection in April, and she was immediately placed on a ventilator to help her breathe.

Doctors said that her condition was worsening by the day and her only chance of survival was a transplant. They explained that her organs began to fail after bacteria in her lungs became resistant to most antibiotics – causing her to go into septic shock. However, in what is believed to be a world’s first, doctors removed her lungs to try and eliminate the infection while waiting for donor organs to become available, The Guardian reports.

Doctors were concerned over whether her vital levels could be maintained if they decided to remove her lungs, and they were also forced to consider the risk of her dying from internal bleeding.

They then consulted her husband, Chris, and when he agreed, they decided to go ahead with the procedure, knowing she had just hours left.

A team of 13 surgeons worked together to remove Ms Benoit’s lungs from within her chest, and temporarily replaced it with an artificial one — a Novalung device —  which was connected by arteries and veins to her heart to function as the missing lungs.

Another device, an extracorporeal membrane oxygenation – which has an external pump and circuit for the exchange of oxygen and carbon dioxide – was also used. And the effects were noticed immediately, helping to restore her blood pressure to a normal rate.

After six days, surgeons managed to find Ms Benoit a pair of donor organs, allowing them to complete a successful transplant. Now, Ms Benoit, who has a daughter, Olivia, can’t thank enough the people who saved her life. “It took me a while to realise what happened. I just couldn’t piece it together. You really come from the brink of death to back living at home. But I’m just so grateful, so happy to be home,” she said. 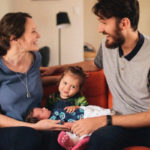 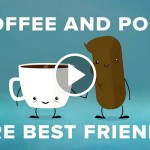 Why Coffee Makes You Poop