A mother was upset after she was told that an anonymous complaint has been made after she hung baby clothes in the carport of her rental home.

Laura Ross, from Atwell in WA, and her family have just celebrated Mother’s Day and some birthday celebrations that left her with a “Mt. Washmore” of laundry last week.

On Saturday, Ms Ross wasted no time and immediately threw a load in the washing machine, and when it was done, it’s time to get the clothes into the dryer, but suddenly, it broke down leaving a strong smell of electrical burn filling their house.

She said that her partner tried to fix it, but to no avail.

Looking outside their house, and the sun was up, Ms Ross, who has rented their home for 20 months now, thought of a better plan. Since they are not allowed to hang anything off the back patio, they decided to put up four lines in the carport, and filled it with baby clothes. “Not my old granny knickers, not obscene shirts. Baby clothes,” she said.

The next morning, the baby clothes were removed and some of her other kids’ clothes were put up. “Once again, nothing disgusting or offensive. Kids clothes,” Ms Ross said.

Then on Monday, Ms Ross said she was at Princess Margaret Hospital when her partner called her up and said that their real estate agent had informed him that she received an anonymous email from someone near their home complaining about the washing hanging in the carport. “I thought we got along with the majority of our neighbours. It really was upsetting that instead of coming to us and discussing the issue, these people have decided to cause trouble for us with our estate agent.

“It upsets me that baby and children’s clothing hanging under our carport is so offensive to someone that they need to make a complaint. It is also disgusting to me that they could not even be honest enough to put their real name and details on the complaint email,” Ms Ross said.

Ms Ross said she knows that her lease does not allow the storage of any items in the carport or around the property that are visible from the road. “I don’t believe that hanging clothes to dry equates to storage of items but that is how they have interpreted it,” she said.

Ms Ross said that they have since obtained a small dryer, but will still continue to use the lines in the carport for larger items like their towels, sheets and blankets. 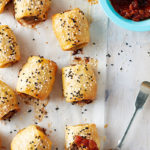 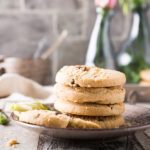