A mother who feels that she was ‘born to give birth’ has offered her ‘womb for rent’ on social media and instantly got requests.

Michelle Griffin, 25, from Perth, felt the strong desire to help struggling couples become parents after she had children of her own — Leilani, three, and Isaac, 20 months.

She told her husband, Trent, 26, that she dreams to have more children, and so decided to search for the right couple by posting a photo offering her ‘womb for rent’ live on Instagram almost a year ago.

“I am so completely happy with my two wonderful children but I still crave being pregnant.

“It’s like a little fire ignited in me after having my own children. Surrogacy was on my mind pretty much all of the time so I talked to my husband and we decided to take action,” she said. She said that she had no idea what to expect after making the post, which was instantly inundated with requests, including friends and family members, who needed the help of a surrogate.

“My pregnancies were so easy and natural. It felt like giving birth is something I was born to do. If there was a way I could help someone else, why wouldn’t I do it?” she said.

Michelle said that she first found out her love of the birthing process when she unexpectedly fell pregnant with her daughter, Leilani in 2013. “My husband and I weren’t trying for a baby. In fact, I was feeling a bit lost as I didn’t have a career or know what I wanted to do,” she said, adding that despite some jobs here and there, nothing felt right, but ‘everything made sense’ for her when she discovered she was already 22 weeks pregnant. “Being pregnant was an amazing feeling and the birth was just so effortless and beautiful. I knew I’d been put on this earth to produce children,” she said. When their son, Isaac, arrived last year, that’s when Michelle and her husband felt that their family was complete, but Michelle had the feeling of wanting to be pregnant again.

“I knew our family was complete, but I still had this strong desire to be pregnant again. I tried to ignore the feeling and instead channel it into a more realistic avenue and decided to become involved in the art of labour somehow.

“That’s when I trained as a Birth Doula. But it only ignited the flame further and eventually I realised I couldn’t ignore it. I had to be a surrogate,” she said.

So she and her husband educated themselves on the laws and procedures surrounding surrogacy, which include being unable to profit from being a surrogate and months of counselling. “We knew I wanted to be gestational surrogate, which meant I would only be a ‘tummy mummy’ and have no biological connection to the child, and that the process would be lengthy,” Michelle said. That’s when she posted her ‘Womb for Rent’ picture on social media. “Pushing send on the post gave me so much joy. Within minutes I was getting messages of support and possible IP’s (intended parents) were reaching out to me,” she said.

However, Michelle said that they have yet to find the right parents-to-be. “After talking to many, including some we’ve met through the surrogacy community, we’re only just getting to a point where we might have found the right IPs for us. I can’t wait to begin the whole process one day soon,” she said. Within this journey, Michelle is just grateful to have a supporting husband and family. “I’m so thankful my husband is incredibly supportive and I’m already telling the kids that one day I will grow a baby for someone else, so they get used to the idea,” she said. “I’m not worried about handing the baby over at the end of the nine months, as for me, this is all about helping a family to become complete like mine. I’m more than happy to take an ‘aunty’ type role in the child’s life, seeing them every now and again and watching from afar as they grow.”

She added that motherhood is the ultimate gift she ever wanted.

“Becoming a mother was the greatest gift I could ever receive. Being lucky enough to give such a gift to another couple would be the most amazing thing I could ever do. I hope my womb can finally help someone else finally complete their family and be as happy as I am,” she said. 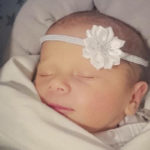 Mum Shares How She Saved… 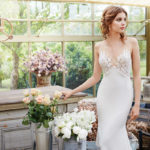