A mother has shared her genius trick to get her baby to sleep through the night that has other mothers now stealing her idea.

It’s something most mums can relate to — how to get their babies to sleep through the night so they can get their own sleep, too.

Thankfully, one mum has shared her genius trick for getting and keeping her baby asleep by using around a dozen dummies.

Laura Gerson, from Canvey, Essex, always gets up and replaces her 11-month-old daughter, Amelia’s, dummy at night when she goes to sleep and so she thought of a trick that has now been described by mums as genius.

At bedtime, Laura puts Amelia in her cot surrounded by almost a dozen dummies scattered inside the cot so that when Amelia’s dummy falls out by accident, she can then easily grab another dummy so she can go back to slumber land.

This means, Laura doesn’t have to get up and replace the dummy that fell out.

Laura then shared it on The Motherload Facebook group along with a photo of Amelia in her cot with her dummies. “Since my little one was about 3 months old she’s gone to bed with roughly 10 dummies in with her.”

“Found that when she cried of a night all she wanted was a dummy then she’d go back off.

“Realised that if she had one to hand then she would just find it of a night, trial and error with her losing a few down the side but 99 per cent of the time she feels around, finds a dummy, sticks it in and she’s sorted!

“Haven’t had to go into her of a night for about 8 months now… WINNING.”

Her post has become an instant hit with mums now wanting to steal her idea. “Why did I not think of this?,” one woman said.

Another user also shared that she also does the dummy trick with her child at night, but uses light up ones so they’re easier to see.

Although Laura is now enjoying her trick to keep her daughter asleep, she said she knows that one day, Amelia is going to give up all those dummies.

“I don’t even wanna think about the time when the ‘dummy fairy’ comes to take them away though!,” she posted. 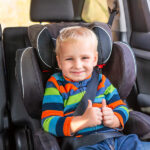 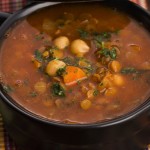 Okay Boomer! Phrases We Are Tired of Hearing from Older Generations
Asked 13 hours ago
My husband is a womanizer I can spend a month with out having sex with him and I really need him what can I do.
Answered 22 hours ago
Have I done the wrong thing?
Answered 22 hours ago
Chicken and Cauliflower Bake
Asked 1 day ago