A seven-year-old boy was moved to tears when his parents surprised him with his very own pony after he worked so hard for two years selling lemonade.

Sabastian Lucas, from Burpengary, Queensland, was only five years old when he first set-up a cardboard stand, complete with colourful paper cups and straws and began serving locals in the area his trademark lemonade.

Two years later, Sabastian had worked tirelessly and saved diligently selling lemonade that quickly became a hit with the residents of Scarborough, north of Brisbane.

Within those two years, Sabastian has only one goal — and that was to save enough money to someday buy a pony of his own.

Last week, Sabastian’s dream came true when his parents gave him a pony as a surprise to him and the heartwarming moment he met his pony was captured on video and uploaded on Facebook.

His mother, Juliana said her son’s reaction is overwhelming and emotional to watch. “I don’t think there is a better feeling than your child’s raw emotion. How do you put a price on that?,” she says on the touching footage.


In the video, Sabastian can be seen running excitedly towards the horse stables in anticipation. Juliana can be heard saying: “He’s crying, he’s gone.”

Soon after, Sabastian can be seen running back towards his parents sobbing tears of joy and disbelief upon seeing his pony for the first time. His father picks him up as the sobbing continues. “It’s awesome,” Sabastian can be heard saying through his tears while rubbing his eyes. “Thank you Mum and Dad,” he says. In an interview with News Corp, Sabastian says he will share the joy and the duties of taking care of the pony named, Tom, with little brother Canterbury. “Tom, his Welsh mountain pony, is what they call a schoolmaster, a pony that will teach its rider the tricks of trade safely,” Juliana told News Corp.

Juliana added that she is proud of what Sabastian has sacrificed for. “He has worked so hard and never stopped dreaming. Not a bad achievement from a five-year-old, now just turned seven,” she said. 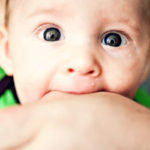 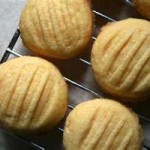