A single dad has convinced a Melbourne dance school to overturn their rule banning men from its dressing room so he can help his four-year-old daughter get ready for her ballet concert.

Michael Ray, 54, who has been the sole carer for his daughter, Charlie for two years, said he was saddened when he found out he would not be able to help calm his daughter’s nerves before her performance on November 20 because rules at the Parkwood Dance Academy state that ‘no males are permitted in the dressing room at any time’.

He told The Herald Sun that he also noticed there was a special rehearsal for mothers a few days before the opening night and a ‘Mummy and Me’ ticket offer. His daughter no longer has contact with her mother, so Mr Ray approached one of the academy’s teachers, hoping to change the guidelines so fathers could be included. “I’m not sure if you’re aware of our situation, but it’s just Charlie and I in our wonderful little family with Charlie having had no contact with her mother for over two years,” he wrote in an email to the school’s staff.

Mr Ray added that banning him from being backstage would leave Charlie as ‘the only child without the opportunity to share their excitement and nervousness with a parent’. Thankfully, the ban was subsequently lifted by the school’s staff last week, which Mr Ray was grateful for. He said that the school was also accommodating.

Mr Ray said that he feels an ‘unconscious bias’ toward him sometimes. “I sometimes feel a little paranoid taking her to the toilets in the shopping centre or taking photos of her,” he said. However, that didn’t let his spirits down in taking care of his daughter. “It means everything to me to be this little kid’s dad. I’ve never been so proud or happy since she came along,” he said. 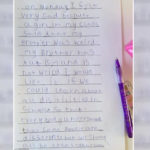 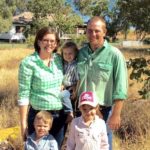