A mother was left ‘angry and shaken’ after a stranger accused her of child abuse because she allowed her three-year-old son to wear a tutu.

Mum, Jen Anderson Shattuck, 35, from Plymouth, Massachusetts in the US called the police after a man approached them in the park, asking her why her son, Roo, was wearing a skirt and then took photographs of them and threatened them.

In her post on Facebook, Ms Shattuck said that her son likes to play trucks and jigsaw puzzles, but he also likes wearing sparkly tutus. She said that if she asks her son why he wears tutus, he says, it “makes him feel beautiful and brave” and that “there are no rules about what boys can wear or what girls can wear.” She also said that her son has worn tutus to almost every place they went to — the church, the grocery store, on the train and in the sandbox. She said that for them, it has been fine and was a non-issue, until last Tuesday.

Ms Shattuck recounted that on their walk to the park, they were approached by a man who “demanded to know” why her son was wearing a skirt.

“He wasn’t curious. He didn’t want answers. He wanted to make sure we both knew that what my son was doing—what I was ALLOWING him to do—was wrong,” she said.

She said that the man even spoke directly to her son and told him:

“She shouldn’t keep doing this to you…You’re a boy. She’s a bad mommy. It’s child abuse.”

Then, Ms Shattuck said the man took pictures of them and threatened them by saying, “Now everyone will know,” he said. “You’ll see.”

After the incident, Ms Shattuck called police who took their report, but complimented the skirt. Since then, Ms Shattuck said that her son felt unsafe and has asked whether the “bad man” will return.

However, despite the incident, Ms Shattuck said that she will not be intimidated. She wrote:

“I will defend, shouting, his right to walk down the street in peace, wearing whatever items of clothing he wants to wear…

“I will show him, in whatever way I can, that I value the person he is, trust in his vision for himself, and support his choices—no matter what anybody else says, no matter who tries to stop him or how often… Ms Shattuck told the Daily Mail that since sharing their story, she has received thousands of messages of support worldwide. She and her wife, Audra Shattuck have started a hashtag, #tutusforroo, and are encouraging people to take photos of themselves in tutus in solidarity with their son. 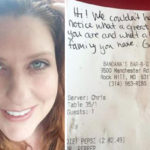 Mum Thanks Stranger Who Paid… 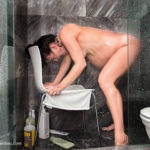 Incredible Birth Photographs That Will…