A shocking study has revealed that almost half of Aussie children as young as nine up to the age of 16 have viewed pornography.

The Australian Institute of Family Studies has released a discussion paper on the impact of pornography, and revealed that there is a ‘growing evidence base’ showing that pornography can have a negative effect on kids and adolescents especially on their knowledge about sex, safe sex practices, and gender roles. It could also lead them to have unrealistic expectations about sex.

“In Australia, 44 per cent of children aged nine to 16 years old had encountered sexual images in a 12 month period. Of these, 16 per cent had seen images of someone having sex,” Institute Director Anne Hollonds said.

However, the kids and adolescents’ responses to pornography were varied with more girls expressing shock and distress, while boys tend to find it amusing or exciting. Although, Ms Hollonds explained that exposure to pornography can be accidental for some who search online for information on sexual health, relationship or medical advice.

AIFS Senior Research Fellow, Dr Antonia Quadara said that it is important not to underestimate the impact pornography could have on kids and adolescents.

“The content of pornography may reinforce double standards of an active male sexuality and a passive female receptacle,” she said. “Exposure to pornography can shape young people’s expectations about sex, for example about what men find pleasurable, what they expect their partners to do and how consent is negotiated. It also depicts sex that undermines public health messages about safe sex and condom use.” 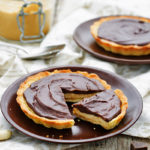