An unhappy headteacher has expressed disgust at parents who send their child to school with unhealthy packed lunches, including a cold McDonald’s Happy Meal.

This is one of Jon Carthy’s, the headteacher at Byron Primary School in Gillingham, Kent in the UK, examples of a bad packed lunch for kids that he wants changed.

Some of the bad packed lunches his pupils are sent to school that he used as examples were one chocolate muffin, one chocolate roll and a bar of chocolate; four yoghurts and packet of smarties; two bags of crisps and a crisp sandwich. “Whilst extreme and funny to read on paper, I must make this clear THESE ARE NOT ACCEPTABLE examples of a balanced packed lunch.

“Children work very hard at school and a balanced meal at lunch time helps provide concentration for the afternoon,” he wrote in the school newsletter.

The primary school has clamped down on bad food for youngsters with a long list of guidelines that parents have to stick when bringing in packed lunches for pupils.

Mr Carthy reminded parents about government guidelines for packed lunches which includes one portion of fruit and vegetable/salad every day, meat, fish or a source of non-dairy protein, oily fish and starchy foods such as bread or pasta. “If we feel as though any child is not getting a regularly balanced meal, we will contact you and offer you advice,” he added. Speaking to Kent Live, the frustrated headteacher said that the parents of the school’s 525 children were sent the letter and suprisingly, he said that the school received all positive feedback from parents. “I’ve only had positive comments back. Parents have said thank you and told me that someone needed to say this,” he said.

In fact, a mother of a pupil at the school posted a photo of the letter on social media with the caption: “Never thought I could be so appalled yet so amused at the same time.”

The mother added: “I found it shocking more than anything that some parents think that’s acceptable and it is clearly a reflection on their diets too.

“We’ve all woken up in the morning and realised we don’t have stuff for packed lunch or money for school dinners but surely there was something else in the cupboards.

“And, McDonald’s happy meals cost more than school dinners anyway. The school is clearly trying to educate the parents which I think is brilliant.” 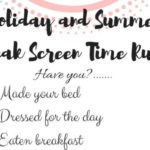 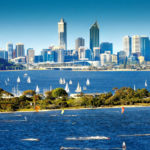