A 15-year-old boy has a peanut allergy so bad that a kiss on the lips could kill him.

Stone Cofini is so allergic to peanuts that inhaling dust from one could send him into anaphylactic shock — a life-threatening state in which airways narrow and oxygen is cut off.

In a New York Post report, his mother, Dawn Cofini, 53, from Nanuet in New York State, is now worried that, as he starts dating when he turns 16 next January, even just one kiss could prove deadly for him.

“If a girl had previously eaten something fried in peanut oil (and then kissed Stone), it would really be dangerous,” Ms Cofini said.

“You wave goodbye to your child in the morning wondering whether it’s the last time you’ll see them,” she added.

Her worry may seem extreme, but in 2013, in Quebec, 20-year-old Myriam Ducré-Lemay died after accidentally receiving a peanut-laced kiss from her boyfriend. A study at New York’s Mount Sinai Hospital have seen a rise in the number of children having peanut allergies in the United States. Patient numbers rose from 0.4 per cent in 1997 to 1.4 per cent in 2010.

Another mother, Sara Do, expressed her worry over the severe peanut allergy of her 12-year-old son, Noah Hieu Do, from Gilbert, Arizona, making him wear a clothing that covered his skin from head to toe, plus a particle mask when travelling. Noah also sat on a bedsheet draped over the seat and floor beneath. “We just couldn’t take any chances in case the previous occupant had eaten peanuts,” she said.

Thankfully, Noah began a treatment called Oral Immunotherapy (OIT) in January last year. It involves children swallowing minuscule amounts of peanut flour, in increasing doses, under close medical supervision. However, the practice is not approved by the US Food and Drug Administration.

Now, Ms Do said that Noah developed a tolerance for peanuts because of the treatment. “The last two flights (Noah) took to visit his dad in Texas, he travelled without his mask and gloves and he was so happy,” Ms Do said. 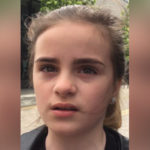 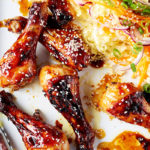 Does anyone have any experiences with Duromine to share?
Answered 6 hours ago
Just buy Australian owned & made!
Answered 11 hours ago
Best app to meet other couples
Asked 22 hours ago
Advice needed please parents 😕
Answered 22 hours ago