Running down to his canoe, The Bachelor goes for a token paddle to sedate the morning morning glory.

Meanwhile at the Ladies Lair, the girls are deliberating over the previous night’s kooky rose ceremony.

In walks heather with the date card, they’re all off to a date clued ‘let’s draw a little closer together.’

‘I can’t stand group dates. I don’t want to stand there with five other females and compete for a man’s attention.’ So why exactly are you here Rachel?

Rolling into a warehouse studio the girls waste no time in getting The Bachelor’s kit off before mimicking his manhood in clay. Some with more success than others.

Heading over to the easles the girls massacre, I mean sketch The Bachelor in charcoal.

‘I think I’m looking at him more like a piece of meat today,’ says Rachel who then goes on to complain about having a shitty angle on The Wood.

At their impromptu pop up gallery the girls pieces are showcased for The Bachelor to judge. The winner receives some one on one time.

While some sketches resembled Pac Man, others needed a good meal.

Sneezy Parmigiana got the good to go with The Wood, with her excellent shading skills.

Rachel bitched that of course she did because she had the middle angle.

Taking over the bitchy pants character since Emily’s departure, Rachel also refuses to approach The Wood because that’s the man’s job to initiate conversation.

WTF is this 1958? No its 2015, put your fucking big girl pants on and make your own way. Remember it was you who signed up for this gig.

Finally catching The Bach in conversation it’s a slaughter.

“Give me your life story in one minute or less. Hit me.” Eye roll.

When Bach Man returns the question Rachel prickles, ‘I feel like I’ve already told you.’

Sneezy Parmigiana and Sam abscond to the private loft above the studio to the make out couch.

He tosses around the idea of how attached to WA she is and how she would feel about moving.

Awkwardly she brings up the rose ceremony, stating that she was angry when Lana walked in with a rose.

‘How can someone so quickly turn your head?’ High five babe!

He weakly digs himself out of it by explaining that he didn’t know the intruders were coming in and is giving them a fair game.

Sporting his marsala shirt, Osher brings the ladies in the LAdies Lair a date card, ‘lets indulge our senses’.

Sarah is selected for her third single date with The Wood.

‘I would rather it be her than waste a single date on Rachel.’ Snipes Nina.

Pissing rain, The Bachelor collects Sarah in a limo. Reminiscing about previous dates, sam brings up how Sarah lost her earring at the beach group date.

Whipping out a timber box her presents her with product placement. I mean, diamond earrings from Zamels.

Making their way to a very soggy Royal Botanic Gardens, they enter a whole make out room decked out with candles, cheese and champagne overlooking the harbour bridge.

Admitting that the reason she came onto the show was because she had this crazy dream she had this totally amazing connection to The Bachelor.

Wanting to woo, The Wood arranged an opera singer to romance Sarah’s pants. If she has any on”¦

Working it’s charm the pair lock lips to twinkly and meaningful music. And he gives her a rose hidden among a giant bunch of beautiful flowers.

Asking Rachel if she wishes she could go on a single date Lana chimes in with, ‘I don’t know if you want to come back from your single date. Intruders always feel awkward don’t they.’

The awkward silence is broken by Sam strolling in and taking Heather for a chat.

Ensue the bitch fight between Rachel and Nina. Basically Rachel calls Nina fat and Nina calls Rachel a bitch. All in the undertones”¦

Taking Rachel for a chat, The Bachelor is railroaded into dishing out what exact qualities he’s looking for in a woman. Lost in his eyes Rachel loses her consciousness. Clearly she wasn’t even listening, she just checked out.

Dishing out the roses with ease, Nina is pretty smug about the final two are both the intruders.

Lana receiving the final rose sees Rachel given the arse.

Heather hits the nail on the head by saying that Sam would have to have a lobotomy to keep rachel in favour of one of the original women.

13 Sketchy Lullabies That Will… 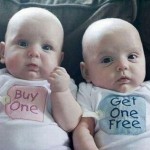 Dad Shows Why It Takes…