Meanwhile, back at the ranch, The Bachelor is nose to nose with a hot filly. Staring eyebrowless into the distance, he reflects on all his dates while leaning against a rustic fence post.

The bachelorettes are perched in the kitchen, not in their usual lounge, of the Ladies Lair when Osher enters depositing a date card.

I asked Osher tonight during a video chat if the girls ever leave that lounge. He assured me they did, to eat, pee, sleep and date.

I also asked if Sam was well coached in positioning the ladies for the best camera angle during a cheeky pash. Osher says it’s like the paparazzi, the cameras just come running!

A group date is on the card with a clue of; The race is on for Rachel, Heather, Bec, Emily and Nina.

Some more product placement sees the girls arrive at the date using Nissan’s park assist to parallel park. Behind another Nissan.

At the go kart centre Nina, who is really into cars, is channelling her inner Sandra. Look where screaming and jumping up and down with over exaggerated excitement got her!

The Bachelor’s hair is ruined for the second show in a row when he whips off his helmet to greet the girls. More ugly jumpsuits are on parade.

Kicking off the race, Osher waves the green flags with all the flair of a Gold Coast grid girl. He mentioned in the chat tonight that he actually was coached by the track employees as to the technique.

A rivalry between Emily and Nina plays out as Emily hopes Nina chokes, and Nina can’t wait to throttle her.

Bec, Sam and Nina run a close race resembling dodgem cars, viciously annihilating one another until Nina flies across the finish line assuming victory. But hold up Nina, you might want to put that fist pump back in your pocket.

Emily cruised across the finish line seven seconds ago claiming an uncontested victory.

With more surprise than an unexpected donkey slap, a big fat WTF is written all over Nina’s face. #Awkward

With more product placement, Emily is handed a bottle of Pommery to have a golden shower with The Wood. “She came across as a gracious loser. I’m sure she’s licking her wounds.” Sneers Emily.

A new day in the Ladies Lair sees another date card dished out by Osher. Sneezy Parmigiana, is off for La Dolce Vita.

“But I have no clothes left!” Parmy proclaims.

Bec suggests they should put a paper bag over her head in lieu of clean clothes.

Bachelor On A Boat

Pulling up in a vintage boat, with a quiff higher than ever before, The Bachelor breaks in his new tasseled boat shoes for the date. The height of the quiff seems to be relevant to how much he digs his date.

Struggling out of the schooner, Woody rethinks his extra tight marsala man pants. I don’t think Sneezy Parmigiana even notices, she’s too busy trying not to get her stilettos stuck in the jetty and gazing longingly into the bay.

An epic montage of the couple being hooned around Sydney Harbour Bay by boat is paired with a triumphant musical score. They’re so going to pash some more.

They exchange a cheeky toss of flour at each other as an excuse for foreplay.

Back at the Ladies Lair, Nina ‘accidentally’ drops Sneezy Parmigiana in the shit by ‘accidentally’ letting the cat out of the bag. Now all the girls know about Sneezy and Wood getting it on behind the shearing shed at the hoedown.

Chowing down on their pizza, Sneezy and The Wood speculate about their future.

“Do you want babies? Maybe we could make baby parmigiana’s instead of pizza next time?”

Apparently The Wood did his homework, found out that Sneezy Parmigiana loves Star Wars, so got a pink Death Star dessert made. .

“I really love making you smile,” says The Wood, “it makes me feel real feelings that are all feely.”

Presenting Sneezy with a rose, they have another pash to another triumphant musical score.

It’s a bitch fest in the Ladies Lair tonight. Dolled up to the nines, Nina tries to convince everyone that Sneezy’s sneaky snog at the hoedown simply slipped out. Emily is not picking up what Nina is putting down.

“If there’s one trait I dislike in a person, it’s being two faced. She’s very ‘disingenuine’.” Emily asserts, with a grammatical error.

Pulling Parmigiana aside, Nina confesses her ‘accident’ before Parmy has a chance to hear it from someone else.

“Don’t worry babe.” Sneezy Parmigiana hugs Nina and thanks her for doing her dirty work.

Cut to the firing squad, I mean rose ceremony, Under The Radar Rachel misses out on a rose.

Sorry, who? You know Rachel, the chick who made the penis balloon on the first night.

The Wood bids her goodbye and tells her it was great to get to know her. His tight pants are on fire because he has no idea who she is either.

Bring on the intruders and Emily storming out of a rose ceremony! 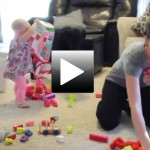 How to NOT Get Things… 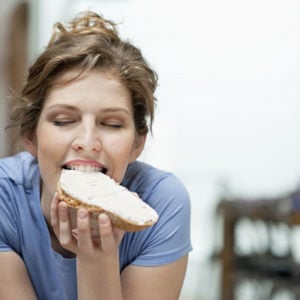