A Woolworths supermarket has come under fire after a woman noticed that several pregnancy tests were placed in plastic security cases.

Ellie Blackwood, from Carlton, has posted a photo of the pregnancy tests on Woolworths’ Facebook page on Monday and asked why these were stored in security cases.

“I was wondering why your pregnancy tests are stored in electronic cases that require women and girls to seek permission before they can purchase?” she wrote.

“It certainly can’t be because they are deemed a luxury or expensive item, because the more costly Nicobate product [smoking patches] next to the test is sitting unsecured on the shelf.”

The pregnancy tests in the photo ranged from $9-$23, while the Nicobate patches cost $35. Social media users immediately reacted to her post, giving their own opinion on why the tests required a security case.

One commenter wrote: “I worked at a supermarket that had a high theft rate for pregnancy testers, so they removed them from the shelf and put them behind the front counter instead. When stores notice that one particular product is being targeted, management is told to implement measures to prevent/deter people from stealing to correct the issue.”

Another user commented that putting the pregnancy tests in security cases may discourage young women from obtaining the tests. “While the product might be stored that way because of the risk it might be stolen, it places barrier between women, and girls, who may want to obtain a pregnancy test but be anxious about doing so. While we might like to think there isn’t judgment, the perception of its possibility is often enough to discourage young women.”

Ms Blackwood also commented that most women would be embarrassed at having to ask a Woolworths staff member to remove the plastic box, and that could deter them from taking a pregnancy test. “They must be being stolen because women feel embarrassed about buying them,” she wrote. “Can you now imagine someone too ashamed to purchase a pregnancy test at the checkout among their other groceries, going to the customer service desk and asking ‘Steve the store manager’ to help the unlock this electronic box?”

In a comment to Ms Blackwood’s post, Woolworths wrote: “We try to reduce the risk of stock loss as much as possible. This packaging was intended as a security measure implemented by our store team. We’ve now followed this up with our team and passed on your feedback and the case will be removed.” 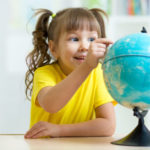 The Real Pros And Cons… 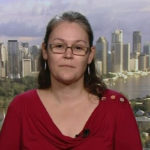